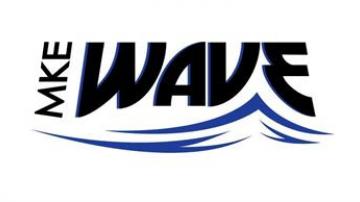 MILWAUKEE- On Wednesday Sue Black did an exclusive interview with CBS 58.

Black began a restructuring of the franchise last month and announced on Tuesday that they added the ownership group headed by Michael Zimmerman, CEO of The Rock Sports Complex and Zimmerman Ventures.

Zimmerman and his group recently formed a new venture called MKE Sports & Entertainment, which will be the holding company for all current and future investments in sports management and entertainment related themes, including MKE Wave.

When Sue Black was fired as Parks Director in 2012, sources told CBS 58 it was because of a botched lease deal that Black helped broker for the Rock Sports Complex in Franklin.

Now, two years later, it's the owner of the Rock Sports Complex, Zimmerman, who's coming to join the Milwaukee Wave.

The deal for the Rock Complex resulted in legal action against the county that 's still pending, and that has the potential to cost county taxpayers millions of dollars.

Black told CBS 58 on Wednesday that her past business with Zimmerman has nothing to do with the current venture.

She said she has relationships with businesses in the Milwaukee region, and across the state and when it comes to those relationships, you build on those.

In regards to the franchise, she said the business model had to change.

In a press release on Tuesday, Mike Zimmerman stated:

\"Sue can be a very convincing person, but aside from that, this deal makes fundamental sense for our long term vision for Milwaukee related sports and entertainment businesses. There are great synergies between what Sue and The Wave have going on and our other ventures. I applaud the strategic decisions Sue has made and will support the need for continued restructuring efforts. Sue is a results oriented leader, with vision and great courage. If we can continue to partner with people like Sue, we will no doubt do some great things\".