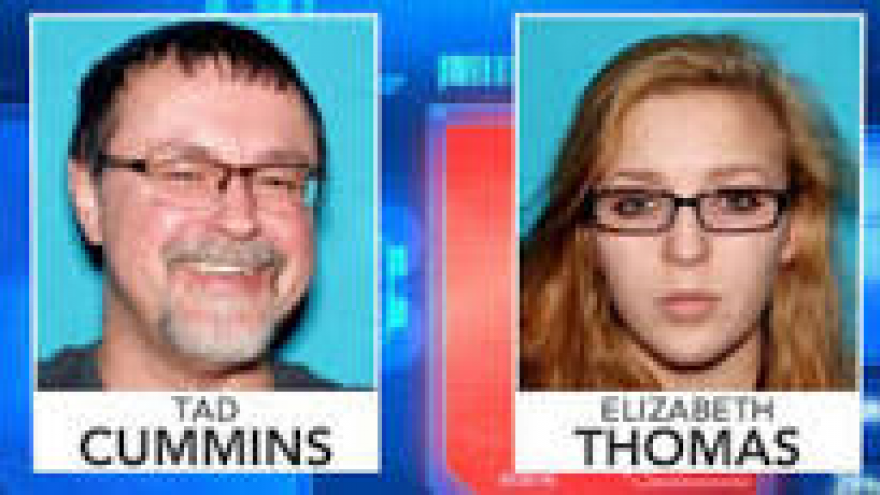 NASHVILLE, Tenn. -- A man suspected of kidnapping a 15-year-old girl allegedly searched the topic of teen marriage before disappearing, the Tennessee Bureau of Investigations said Tuesday.

The Tennessee Bureau of Investigation said they discovered a “troubling pattern of behavior” by 50-year-old Tad Cummins prior to his disappearance with Elizabeth Thomas, CBS affiliate WTVF reports.Investigators found that on March 5, Cummins searched online on the topic of teen marriage.

And then three days before the kidnapping, Cummins did similar online research about his Nissan Rogue, trying to figure out if certain features could be tracked by law enforcement.

Thomas’ best friend, 15-year-old Ashlee Riggins, pleaded on Tuesday with Elizabeth to get away from Cummins if possible, WTVF reports.

“I know that you may love him and think he’s perfect, but he’s not,” said Riggins, referring to Cummins.  “I love you, and there’s so many people here who need you and want you back.”

Thomas was last seen at a restaurant in Columbia, Tenn., on March 13, wearing black leggings and a flannel shirt. A friend dropped her off at Shoney’s Restaurant in Columbia the morning of March 13, the day she was last seen. About eight hours later, information obtained by the Tennessee Bureau of Investigation placed the teenager about 70 miles away, in Decatur, Ala. Surveillance video appears to show Cummins putting gas in his silver Nissan before allegedly meeting up with Thomas on the morning she disappeared. Cummins was fired the day after an Amber Alert was issued for Thomas. According to an earlier report, Cummins was investigated by the school system after another student reported seeing him kiss Thomas.