'Everybody is here:’ Thousands search for $100 bills hidden throughout Milwaukee

’Everybody is here: ’ Thousands search for $100 bills hidden throughout Milwaukee

MILWAUKEE (CBS 58) -- There was a mad dash for cash in Milwaukee Wednesday evening.

$2,000 was hidden throughout the city, and thousands of people were out looking for it.

It was an event put on by Breakout Games. They hid 20 envelopes with $100 bills in them, and sent out clues to find them on their website. It brought out some huge crowds, and caused gridlock on some streets.

Thousands in Milwaukee ran, crawled, and searched in the weeds for their chance at $100.

John Kelly from Breakout games says the money hunt gave the entire city a chance to play the same game, and the city definitely showed up.

"We got here, and all of a sudden everybody is here, just everybody," said a driver who got caught in a traffic jam due to the crowds.

Every half hour a new clue was released, sending crowds into a frenzy.

CBS 58 caught a glimpse of one man who came so close to finding an envelope, only to watch another person score the money.

"I'm just going to keep going," said Javier Rodriguez, who found the cash. "I figure I lucked out, I might as well keep going and see what I find."

Rodriguez was one of the lucky few to find money, but countless more had fun.

"I didn't imagine this, I don't know what I thought. I was just ready to look, but this is like the whole Milwaukee," said one treasure-hunter.

Police were on hand to help direct traffic and keep things under control. 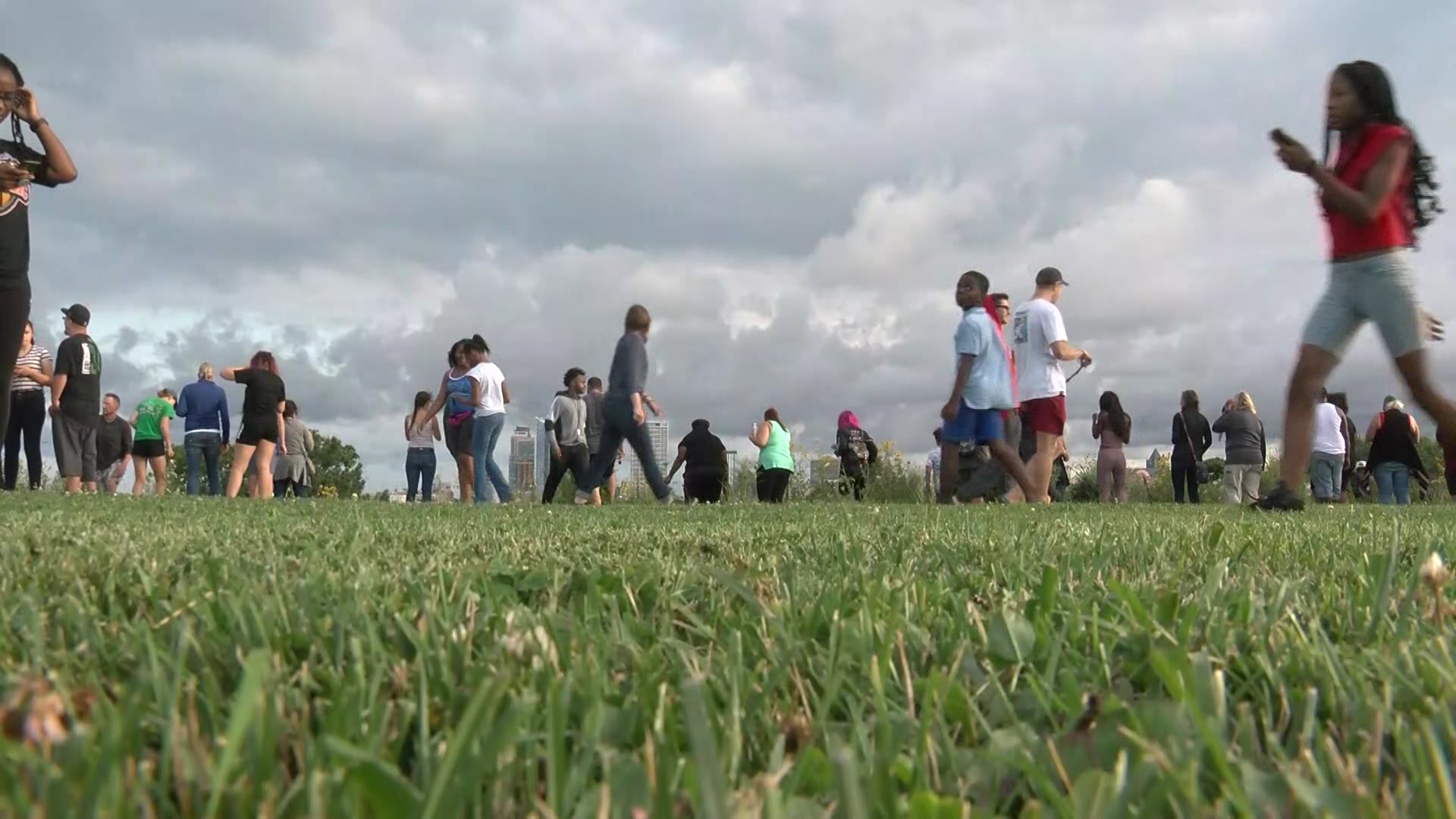