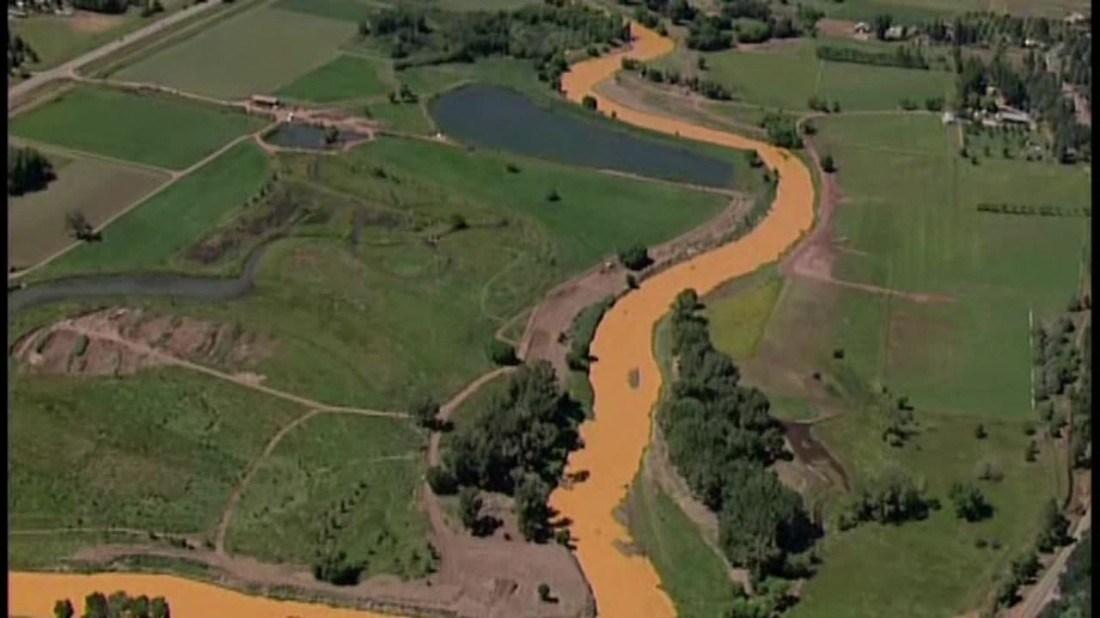 (CNN)A federal cleanup crew accidentally caused a big, and potentially hazardous, mess in Colorado, according to the Environmental Protection Agency.

An estimated 1 million gallons of wastewater spilled out of an abandoned mine area in the southern part of the state on Wednesday, turning the Animas River orange and prompting the EPA to tell locals to avoid it.

\"When I first saw it, I was speechless, [the river] didn't look real,\" said Durango, Colorado, resident Ian Lucier. \"But in person, it truly looks like the river was turned into carrot juice.\"

According to the EPA, the spill occurred when one of its teams was using heavy equipment to enter the Gold King Mine, a suspended mine near Durango. Instead of entering the mine and beginning the process of pumping and treating the contaminated water inside as planned, the team accidentally caused it to flow into the nearby Animas River. Before the spill, water carrying \"metals pollution\" was flowing into a holding area outside the mine.

The EPA began testing the Animas River for hazardous materials on Thursday. EPA spokesperson Lisa McClain-Vanderpool said the agency hoped to have preliminary information available throughout Friday and Saturday. Until then, it is not known what the orange, acidic mess might mean for water users and the river's ecosystem.

Officials said they believe the spill carried heavy metals, mainly iron, zinc and copper, from the mine into a creek that feeds into the Animas River. From there, the orange water plugged steadily along through the small stretch of winding river in southern Colorado and across the state border to New Mexico where the Animas meets the San Juan River. The EPA said it will continue to sample water downstream from the mine until the contamination has passed and it determines there are \"no additional concerns for aquatic life or water users.\" When asked if the spill could affect drinking water, the EPA spokesperson said she did not yet know.

As the mine spill makes its way through the river, authorities have told people to avoid contact with the water. The EPA recommended recreational users stay out of the water, putting a halt to summer kayaking, swimming and fishing for the time being.

Sheriff Sean Smith of La Plata County, Colorado, used his authority to issue a restriction on recreation in the stretch of river within his jurisdiction.

The EPA also asked farmers to shut off irrigation from the river to avoid contamination.

San Juan Corp., the owner of the Gold King Mine, said the EPA had operated in the mine to investigate the source of contaminated water since last year, after the suspension of work within the mine.