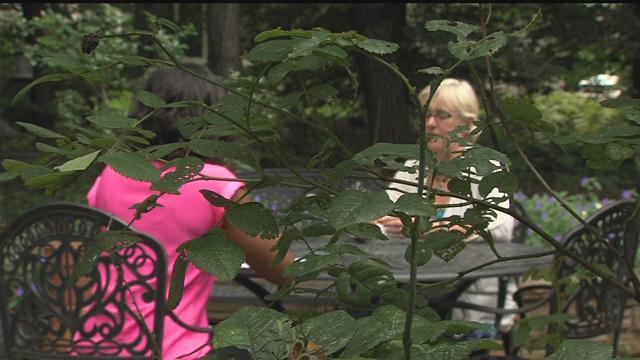 Jennifer Morris thought when she was making regular credit card purchase when she stopped at Jilly's, an Elm Grove gas station, two weeks ago.

She pulled up to pump number 8, the one at the end, closest to busy Bluemound Road.

"I filled my gas tank, used my credit card, cleaned my windshield, got in my car and went home," she said.

The next day, the police department called with the bad news. Morris' credit card number and about 200 others had been copied to a skimmer device.

"You're kind of at a loss because it's like this is a purchase that I made," she said. "I had the credit card with me. It was in my possession the entire time."

The suspects from Florida were caught when they fell into a police trap, triggering a silent alarm.

"The gas pump skimming is harder to detect than ATM machines for sure," said Lisa Schiller, spokeswoman with the Better Business Bureau.

The Better Business Bureau suggests consumers pay cash for gas, or use a credit card. It has more security protections than a debit card.

Also, look for a seal on the pump. If it's broken or doesn't have one, Schiller said it's not worth the risk.

"Security experts estimate that over $3 billion is lost in skimming per year," she said.

Luckily, Morris canceled her card before any fraudulent charges were made, crediting the swift action of the business and police to solve the crime fast.

"I will continue going to Jilly's," Morris said. "I would never not go there because of this."

Experts said consumers should check their statements often and look for any suspicious activity.

Morris is taking that to heart, saying she plans to look at her online accounts twice a week.