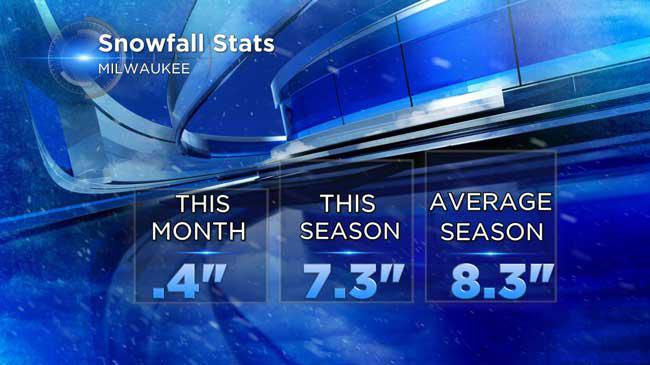 As you have probably heard El Nino is in full swing!  This record type of El Nino will do two things: lower snowfall, and keep the major cold away.  On average snowfall drops by about 10 inches in an El Nino year.  The Milwaukee area typically picks up 50 inches of snow. 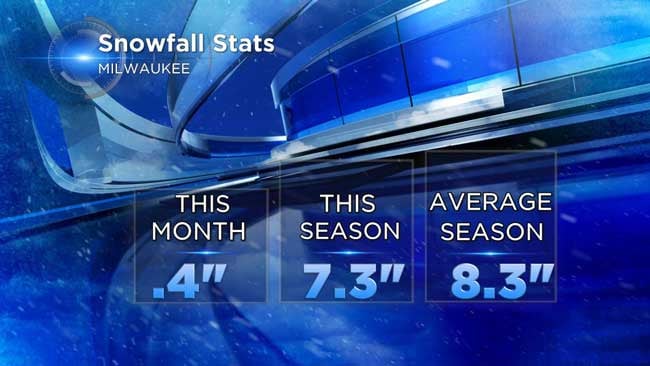 Take a look at the graphic above!  In a normal December we see around 10 inches of snow across southeastern Wisconsin.  So far we barely have picked up a half an inch.

If it wasn't for that early snow storm in late November, we would be drastically behind for the season.  Right now we are behind the pace by about an inch, and with no major snow on the horizon, we will continue to fall way behind.

On a positive note we have received rainfall, so we are cutting the precipitation deficit some; however, for the year, Milwaukee remains about 3 inches below average.