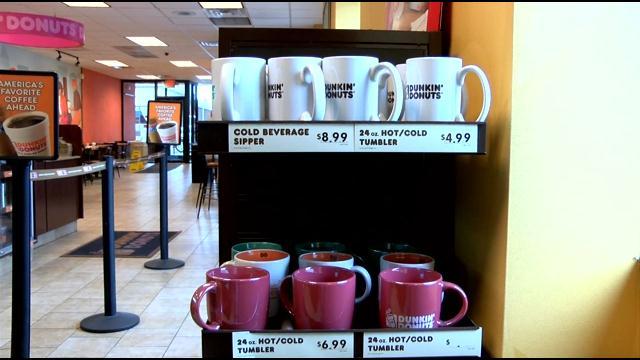 New details about a story we brought you Monday  night at ten. Alderman Bob Bauman spoke to CBS 58's April Dovorany about what he believes to be a panhandling problem going on near a Dunkin' Donuts on West Wisconsin near Marquette.

The city decided not to renew that shop's extended hours license last month to deal with the problem. Now, Dunkin' Donuts owners served the city with a lawsuit.

\"We want to support the community. We are the law abiding citizens, we are the taxpayers ,\" said Satish Gabhawala.

Gabhawala  says his business is being targeted as the cause of panhandlers in the are, but he's not the only one to blame and he can prove it.

\"If the alderman really thinks that people are loitering and only in our building, why not just come and check my cameras?\" said Gabhawala.

\"The amount of calls was significant. We're using a lot of police resources. This is when a lot of that nuisance behavior is happening and we didn't feel this business serves, during those hours, an important service for the neighborhood. But by no means do we have a problem with it operating during the day,\" said Stacie Callies.

Dunkin donuts says they're in the business of serving their customers so they run a tight ship and don't allow any loitering.

\" Why would we? Do you think we have invested money to support and encourage panhandling in downtown? I don't think so . We are in business to make our living,\" said Gabhawala.

And keep a watchful eye on their business.

They say they're willing to do whatever it takes to keep their business open 24 hours, perhaps brewing an even bigger battle with Bauman.

\"If they are going to be pursuing further court actions and further efforts to keep this Dunkin' Donuts open 24 hours we may have to see what evidence exists to have to go after their food dealer license,\" said Bauman.