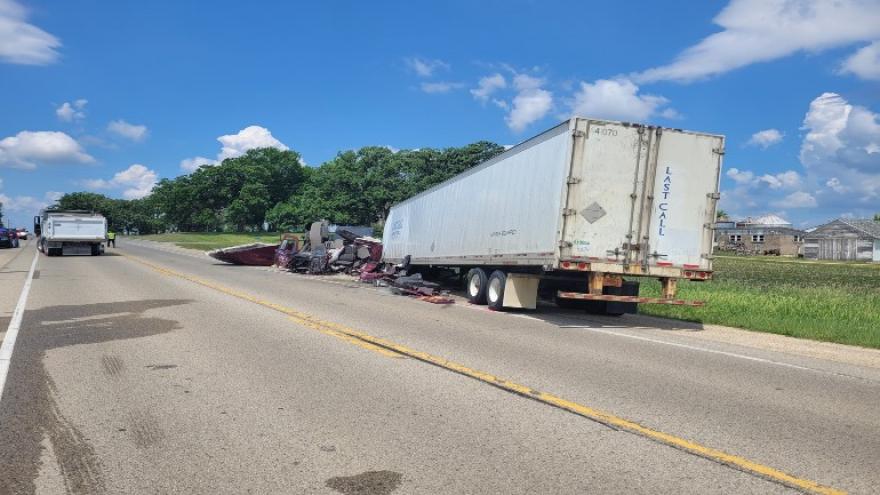 DODGE COUNTY, Wis. (CBS 58) -- A semi driver was seriously hurt after being involved in a crash with a dump truck in Dodge County Tuesday, June 8.

It happened on State Highway 33 just west of Heart Street in the township of Oak Grove.

The Dodge County Sheriff's Office says a 67-year-old Campbellsport man was stopped in the westbound lane for construction when a semi, operated by a 54-year-old Waupun man, traveling westbound, collided with the dump truck.

The driver of the dump truck was uninjured.

The driver of the semi was transported by ambulance to Aurora Summit Hospital in Oconomowoc with severe injuries.

DODGE COUNTY, Wis. (CBS 58) -- The Dodge County Sheriff's Office said State Highway 33 is closed due to a crash involving a dump truck and a semi between Highway 26 and Horicon on Tuesday, June 8.

Officials say one of the drivers in the crash is in serious condition.

The roadway is currently blocked as a result of the crash and traffic is being detoured.