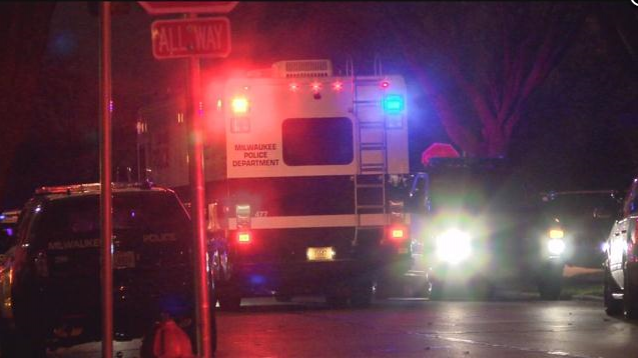 Milwaukee Police are investigating a home invasion that happened around midnight on Tuesday, December 8th.  Officials taped off a three block area around a home at 76th and Townsend on the city's north side.

Road blocks were removed and tactical teams left the scene around 5:00 AM Tuesday.

The incident began as a drug-related armed robbery on the city’s Northwest Side.

District Seven officers responded to the 3300 block of North 76 Street around 11:45 PM on December 7 for a report of subjects with guns.

When officers arrived at the scene, they learned two male subjects had entered a home and were attempting to rob the residents.

After about 90 minutes, the suspect shot and killed himself.

MPD recovered two guns from the suspect and confiscated a quantity of illegal drugs inside the home, including cocaine and marijuana.

The man and the woman inside the home were arrested for keepers of a drug house.

The male victim was transported to a local hospital for treatment from an injury sustained when the suspect hit him with a gun.  The identity of the deceased suspect has yet to be determined.  MPD’s investigation continues.