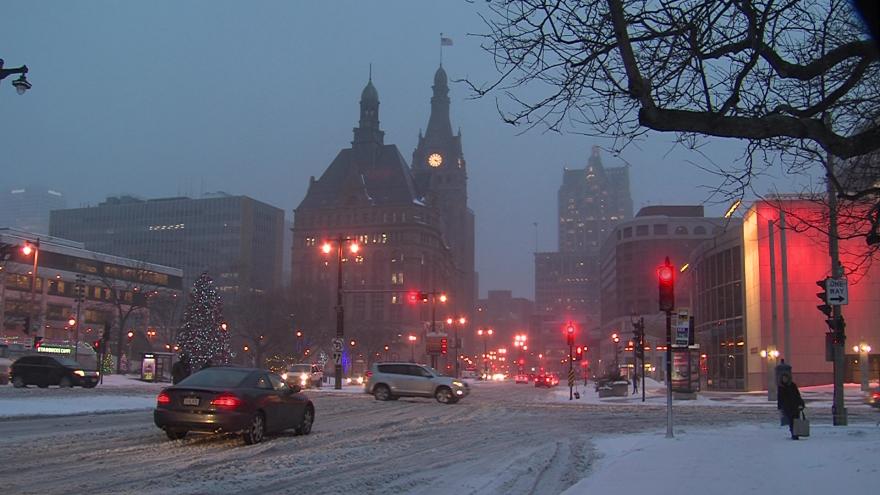 MILWAUKEE (CBS 58) – By the end of the week, winter parking rules will take effect in Milwaukee.

The DPW is making some big changes to both rules and operations this year.

The biggest change happening this year is the elimination of the 4” parking rule during the winter months. The mayor says that’s just one of the ways the city has been prepping for winter and that city staff is ready.

“So my message to winter is: “Bring it on. Hit us with your best shot,” said Mayor Barrett.

Parking on the city streets can be a tough task on a nice day. Throw in a couple inches of snow and it’s even worse.

Winter parking rules go into effect December 1. This year, the city will get rid of its 4” rule, which was put into effect when plows needed to remove more than 4” of snow. It’s being replaced by what the city is calling a “DPW Operation” which will put alternate side parking rules into effect. The best thing you can do to avoid a ticket or getting towed is to read the signs.

“Posted signs rule. There are some streets that have signs that say no parking on one side of the street. Look for the signs,” says DPW Director of Operations Laura Daniels. “The 4” rule did cause some confusion and was well intended and it worked for a while, but having DPW be able to contact you that’s a real plus.”

People can sign up to be notified by text or email when the alternative side rules will take effect. The ticket for breaking the rule is $40.

Another big change is 6,000 tons of a new treated, green salt is ready to go for use on city streets. The special salt will be used when temperatures drop below 15 degrees.

“The magnesium chloride that the salt is treated with is a liquid that’s sprayed onto the salt at the mine and that is the de-icing equipment,” said Daniels. “When you’re talking about lower temperatures, you have to add a de-icing agent and for us, the green salt is what we’ll be using.  Our mission is to have safe streets and passable streets so everybody can get to their desired destination.”