Doomsday prepper sends all of his food to Puerto Rico 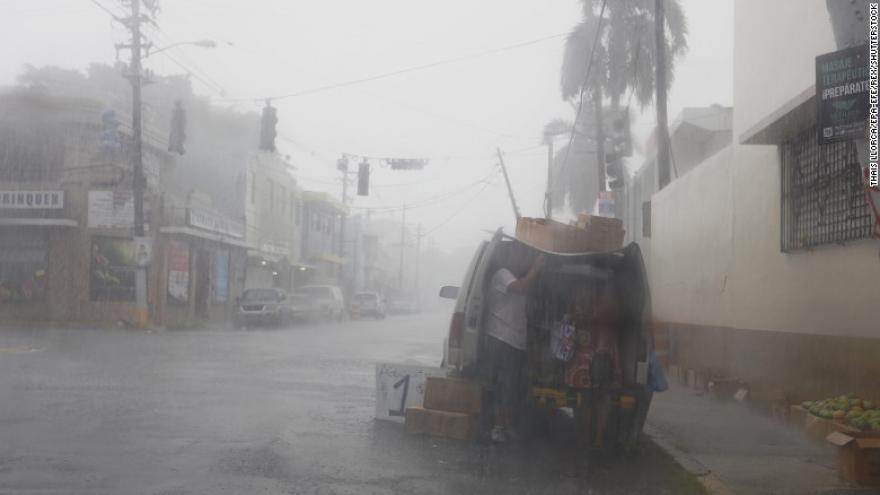 MEDFORD, N.J. (AP) — A New Jersey man who spent decades preparing his home for doomsday is donating all of his stored food to families affected by Hurricane Maria in Puerto Rico.

Joseph Badame lost his wife and was in the process of losing his Medford home when the 74-year-old met a couple raising money for their family affected by Hurricane Maria in Puerto Rico.

Badame made a $100 donation, and then led the couple to the room where he stored all of his food and told them to take it all.

"I just can't put into words just how much food there was," Victoria Martinez-Barber, 30, told the Washington Post . "It was enough to feed a town."

Badame had gathered 80 barrels of food that each could sustain 84 people for four months. He said the food, which included dried beans, rice, flour, sugar, pancake mixes and more, would have been thrown away otherwise.

"I've lost everything. My wife, my house, everything," he told NJ.com . "The last thing I was going to lose is the food."

Badame started preparing for the worst with his wife Phyliss in the 1970s. The two equipped their basement with multiple kitchens and bathrooms, a bomb shelter and survival books. He estimated they spent close to a million dollars on the project.

Their prepping was put on hold after Phyliss suffered a massive stroke in 2005 that left her paralyzed.

Badame quit his job, took out a half-million loan on his house and spent his time caring for his wife. By the time his wife died in 2013, he was broke.

The bank foreclosed on his property, and it was at the estate sale last month where Badame met Martinez-Barber and her husband, Anthony Barber.

Badame said meeting the two gave him a new purpose in life.