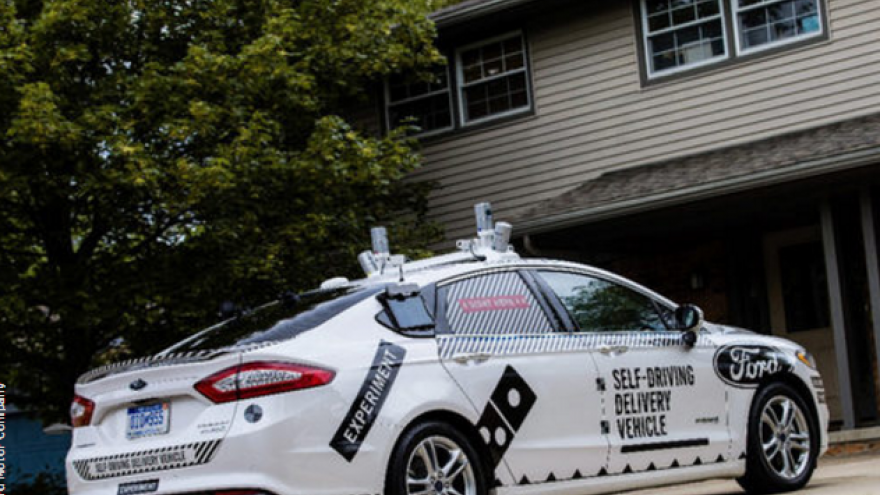 (KESQ) Domino's customers in Ann Arbor, Michigan, will be guinea pigs for the company's new venture with Ford Motor Co. to study the use of autonomous vehicles to deliver pizza. The partnership is a first step by both companies to better understand how consumers respond to the concept of driverless vehicles.

Domino’s plans to give randomly chosen customers in Ann Arbor the option of having their pizza delivered by an autonomous Ford Fusion Hybrid, which will actually be operated by a safety engineer. Researchers onboard will study the customer experience, from their willingness to come outside to pick up their food to their use of the vehicle's prototype pizza storage compartment.

Russell Weiner, president of Domino’s USA, said in a statement that the goal of the research is to make driverless pizza delivery as customer-friendly as possible.

"The majority of our questions are about the last 50 feet of the delivery experience," Weiner said. “We need to make sure the interface is clear and simple. We need to understand if a customer’s experience is different if the car is parked in the driveway versus next to the curb."

Customers who participate in the study can the track the delivery vehicle via GPS. They will also receive text messages with a code and instructions on how to unlock the heated storage unit inside the car.

Ford announced a year ago its intent to build an autonomous vehicle by 2021, with its eye on outfitting ride-sharing fleets like Uber and Lyft. Earlier this year, the automaker said it would invest $1 billion over five years in Argo AI, an artificial intelligence startup, to build the software for a self-driving vehicle.

In a statement, Sherif Marakby, Ford vice president, Autonomous and Electric Vehicles, said the partnership with Domino's is important to the company's future plans.

“As a company focused on the customer experience, Domino’s shares our vision for a future enabled by smart vehicles in a smart environment that enhance people’s lives,” Marakby said.