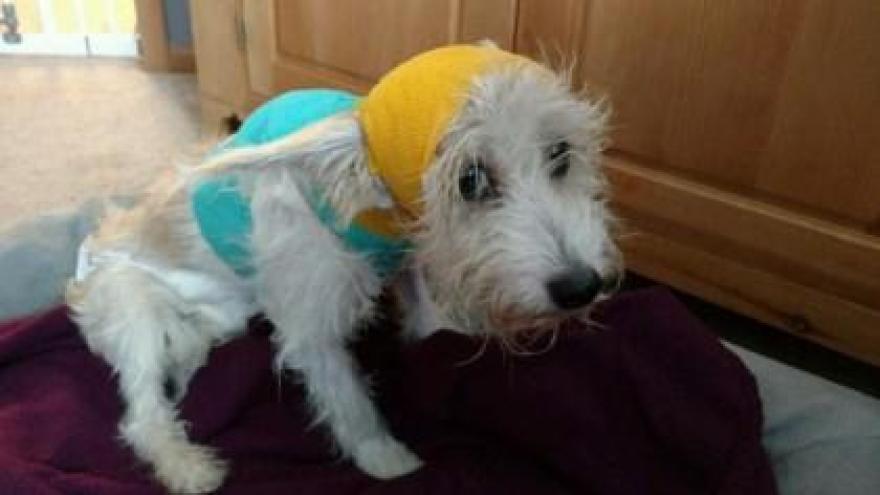 (CBS CHICAGO) — The future is looking increasingly bright for a 10-month-old dog thrown earlier this month from an apartment in the West Side Garfield Park neighborhood.

During a boyfriend-girlfriend fight she was thrown from a third-story apartment on the 600 block of South California Avenue. When she hit the alley below, she suffered a fractured pelvis and ribs and a broken neck.

Police Sgt. Michael Tews was called to quell the disturbance and found Callie in the alley.

Tews and said that once he determined the dog was still alive, he rushed her in his squad car to Chicago Animal Care and Control. He says that as he transported her, he would pet her and she wagged her tail despite her injuries.

All who have encountered Callie call her a “sweet-natured” dog, and the FTF rescue team says Callie is well on the road to recovery.

She’s eating and drinking, has begun to walk and has wagged her tail through it all. The boyfriend accused of throwing Callie from the apartment, 22-year-old Melvin Coleman, is charged with animal cruelty.

Callie is now with a foster family and will not be adopted out for several months, until her recovery is complete.