Dog Fighting for its Life After Being Stabbed 19 Times 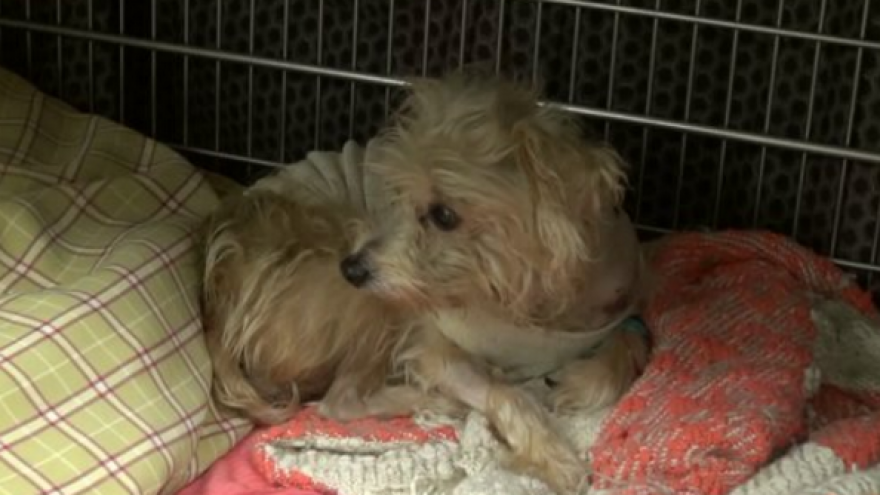 ST. LOUIS – (WTKR) A 10-year-old dog is in grave condition and fighting for its life after being stabbed 19 times and left for dead.

The Humane Society of Missouri’s Animal Cruelty Task Force rescued the female poodle mix from a church in north St. Louis County Monday. The dog had been stabbed in its neck, back, and chest, and was suffering from shock and serious blood loss.

Veterinarians at the Humane Society have treated the dog with IV fluids, antibiotics, and pain medication. The dog must still undergo surgery and it is unclear if she will survive.

The Humane Society received a call about the dog Monday from a county police officer who was responding to a mental illness call at a church. The dog was taken into protective custody at that time. The dog’s owner surrendered custody of the animal late Tuesday afternoon.

An 18-year-old woman is believed to have stabbed the dog. Police are referring the case to the mental illness court.