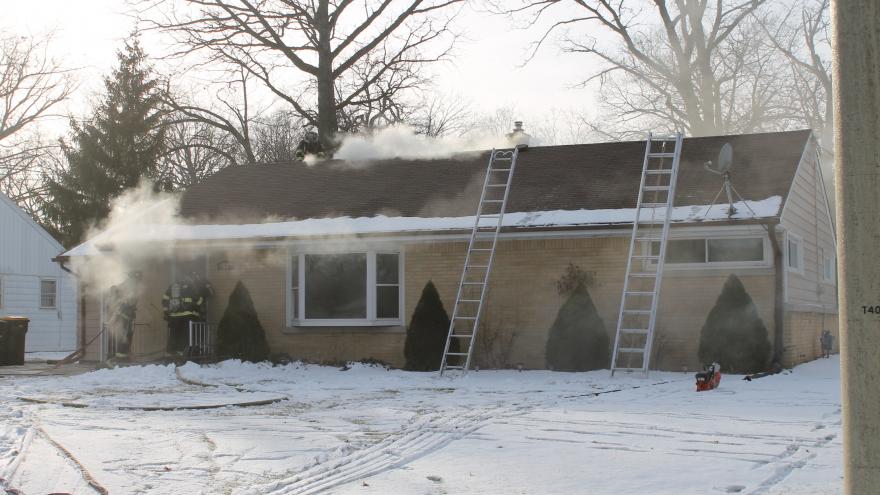 Wauwatosa, WI – The Wauwatosa Fire Department responded for a reported house fire in the 4500 block of N. 108th St.

Arriving crews found heavy smoke throughout the residence and located a fire in the 1st-floor living room of a single-family home.

The fire was quickly extinguished and placed under control within 18 minutes of the first unit arriving on-scene. The Wauwatosa Fire Department was assisted by the Milwaukee Fire Department.

A neighbor noticed smoke coming from the roof and called 911. The home suffered moderate fire and smoke damage throughout. No one was home at the time of the fire but a family dog died inside the home likely due to smoke inhalation.

The exact cause of the fire is undetermined but appears to have started near an electric fireplace in the living room.

The fire does not appear to be suspicious and the investigation has been closed by the Fire Prevention Bureau.