Dog attacked by coyote in Wauwatosa 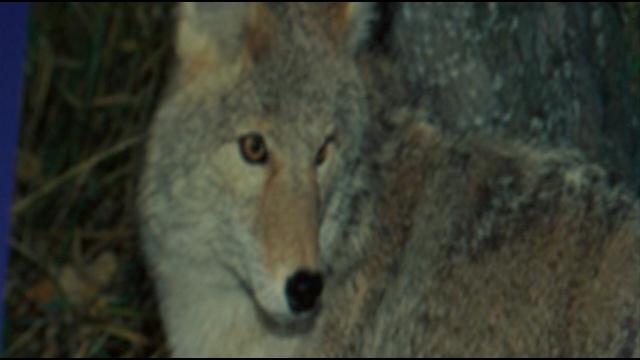 WAUWATOSA, Wis. (Sept. 10, 2015) -- A warning from the Wisconsin Department of Natural Resources after a woman's dog was attacked by a coyote. It happened early Thursday morning along Underwood Parkway near Bluemound Road in Wauwatosa. The woman was walking her Dachshund when, almost out of nowhere, the coyote followed them, then attacked. Neighbor Roger Feldman remembers waking up to the terrifying sounds of screaming.

\"Small black dog on the road, appeared to be on a leash, and the woman in front of it, she was apparently the one screaming and then the coyote was right behind it chasing it,\" Feldman said.

\"Not the way I wanted to wake up. Absolutely,\" Feldman added.

Around 6:40 in the morning, as the woman was walking with her unleashed dog nearby, the coyote came out of a wooded area and grabbed it.

\"As she a few steps in to her jog, she heard the dog yelp out from behind her, turned around to see the dog in the coyote's mouth,\" said Lieutenant Brian Zalewski with the Wauwatosa Police Department.

Lieutenant Zalewski says the coyote eventually let go of the dog. Police arrived, scared the attacking coyote away, but then two others appeared, though they didn't attack.
Zalewski says the responding officer rushed the Dachshund and it's owner to a local animal hospital where vets couldn't do enough to save it.

\"This is the first incident in the city of Wauwatosa that we've had reported to us in which a coyote has actually attacked an animal or had that close interaction with a human in that regard,\" Lt. Zalewski said.

Dianne Robinson with the Department of Natural Resources says any kind of aggressive interaction is very unlikely, even more so this time of year. She thinks maybe the coyote saw the dog and the coyote was protecting it's territory or food.

\"Or depending on the size of the animal, if you have a small dog unfortunately a small dog looks very similar to a rabbit or a squirrel which is very similar in size and that's their common prey items,\" Robinson added.

The Department of Natural Resources suggests getting rid of food that attracts other animals that a coyote might want to eat. If you see a coyote, scream and cause a ruckus to make it uncomfortable. Plus, keep your pets close by on a leash. Wauwatosa Police spent Thursday advising neighbors of the attack, and plan to do so again Friday morning.