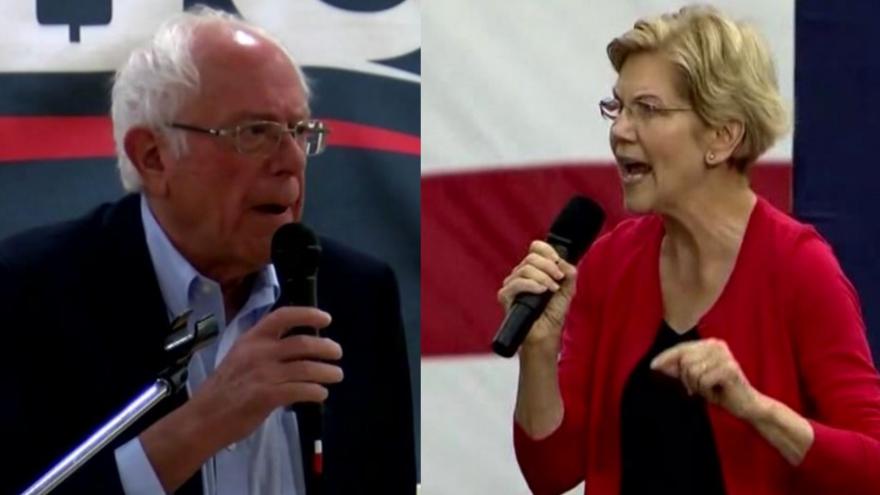 WISCONSIN (CBS 58) -- This week's Democratic debate highlighted a rift between two top candidates in the field.

Senators Bernie Sanders and Elizabeth Warren have differing accounts about a report that Sanders told Warren a woman couldn't win the presidency.

CBS 58 asked DNC Chair Tom Perez if he believes the dispute between the Warren and Sanders' camps will divide and fracture voters on the left, but he says that won't be the case come November.

Reports out this week say Sanders told Warren in a private 2018 meeting that a woman could not win the presidency. Sanders denies that happened, but Warren says it did occur.

The dispute was further in the spotlight after the debate Tuesday night, when audio from the candidates' microphones revealed Warren telling Sanders, "I think you called me a liar on National TV," and Sanders saying that they should discuss it elsewhere.

The issue may create a similar divide that played out in 2016, when Clinton and Sanders supporters were divided. But Perez is confident that won't be an issue this time around.

"We're going to move forward in unity," Perez said. "Every single candidate running for president has pledged to support the winner and to do so with great enthusiasm. And our unity of values among all of our candidates is what I think is really going to carry the day, and you're going to see here in six months or so in Milwaukee, that unity on display at Fiserv."

The nominee will give their acceptance speech in Milwaukee six months from now, on July 16.