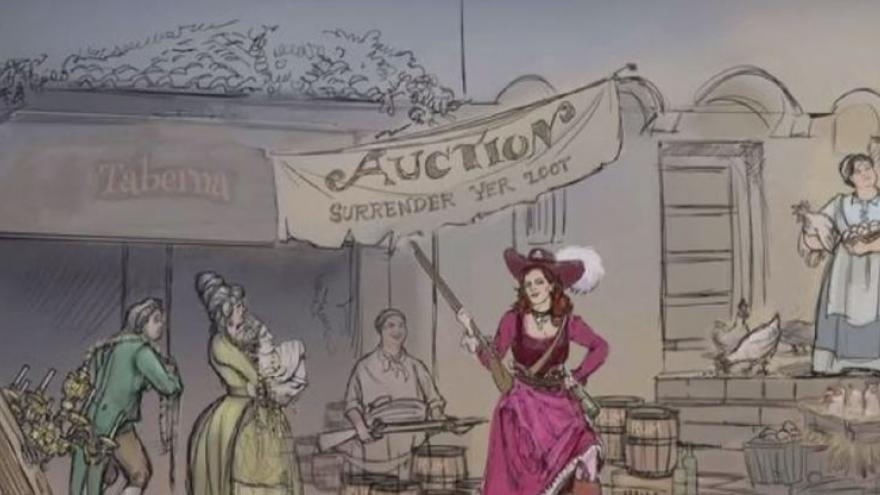 ANAHEIM (CBSLA/AP) – Disneyland is preparing to close its “Pirates of the Caribbean” ride for several weeks in order to remove a controversial bride auction scene.

Disney confirmed to CBS2 it will be shutting down the ride beginning on April 23 in order to remove a scene that depicts captured, tied-up women being auctioned as brides.

The ride is expected to reopen around June 7.

The alteration was announced back in June of last year.

The ride currently features a scene with a sign that reads, “take a wench for a bride,” in which a bound and tearful woman is on the auction block for pirates to buy as a wife.

When the ride reopens, the banner will say “Auction, Surrender yer loot,” and the red-haired woman at the center of the scene will be a pirate herself auctioning off loot.