MILWAUKEE (CBS 58) -- Former Milwaukee police officer Erik Andrade will not get his job back.

The decision Wednesday afternoon was unanimous after two days of testimony.

During proceedings, former officer Erik Andrade spoke. He is not denying he violated the department's code of conduct.

Back in January, Milwaukee Bucks player Sterling Brown was tased and arrested by officers. One of the officers involved was Erik Andrade, but he did not have initial contact with Brown. Shortly after the incident, he made multiple social media posts described as racist and derogatory.

In one of them, he joked about use of force.

Andrade was fired because of it. During testimony, Chief Alfonso Morales said the decision was made based on advice from the District Attorney.

Andrade broke down as he made his case for his job back.

"You enjoy working as a police officer?"

"Yes sir, absolutely," Andrade said. "Born and raised in the city of Milwaukee, made a decision young that I was gonna do something different for my mom, I don't drink alcohol at all. I never did drugs in my life, I'm the only one with a college education in my family. I was just a chubby MPS free lunch kid with nothing. I take pride in this city."

Ultimately, the Fire and Police Commission felt the right decision was made.

MILWAUKEE (CBS 58) -- A Milwaukee police officer who was fired for social media posts he made about Sterling Brown's arrest wants his job back.

The disciplinary appeal hearing for Officer Erik Andrade in front of the Board of Fire and Police Commissioners began Tuesday.

Officer Andrade was one of the officers involved in the arrest and tasing of Milwaukee Bucks player Sterling Brown. In September, Andrade was fired for social media posts he made about the arrest. 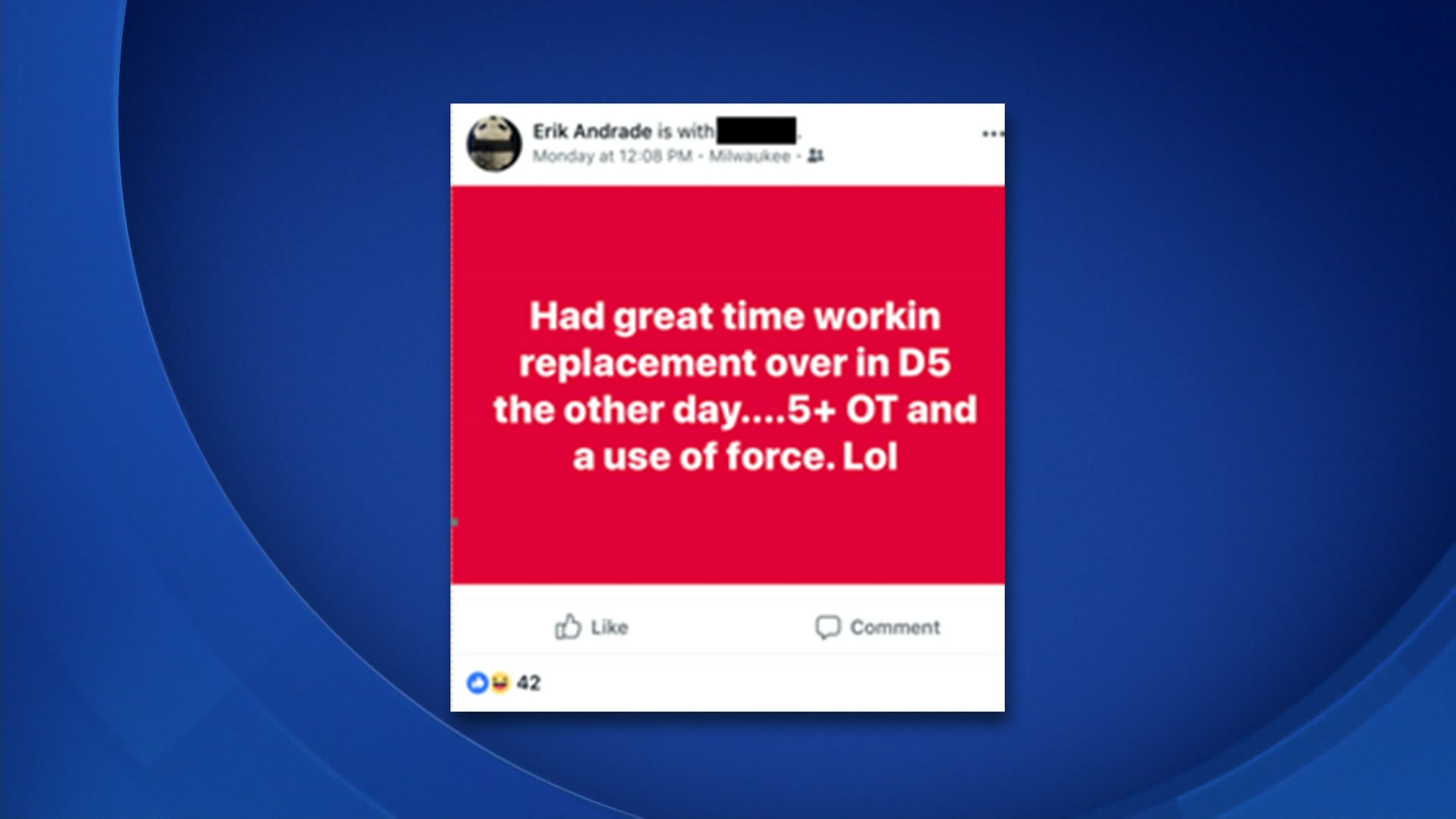 Chief Morales says Andrade’s social media posts reflect negatively on how the community sees the police department and their goal to gain back the community’s trust @CBS58pic.twitter.com/B9NnpfDltz

During the hearing on Tuesday morning, about a dozen of Andrade's posts were read aloud.

A Milwaukee Police Sergeant who investigated the posts testified about what Andrade said during his interview with him.

"His response was that it wasn't intended to offend anyone and that he didn't realize that at the time he posted them that they could be offensive," said Sgt. Thomas Hines with the Milwaukee Police Department.

The hearing is expected to continue into Wednesday.

Stay with CBS 58 on air and online for the latest updates in this developing story.