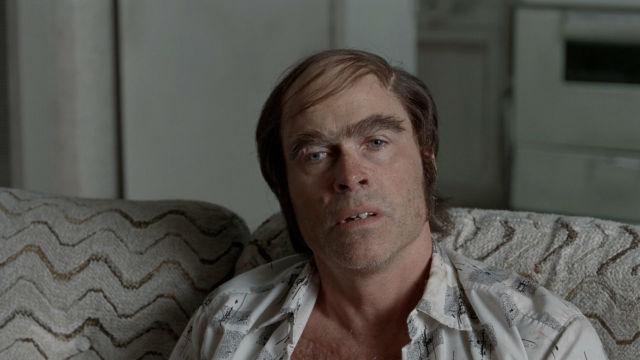 \"And I'm deceptive advertising Rob Lowe, and I have DirecTV.\"

Following a Comcast complaint, the Better Business Bureau this week recommended that DirecTV discontinue its hilarious ad campaign featuring actor Rob Lowe, because the satellite TV company couldn't substantiate many of the claims made in the commercials.

DirecTV clams in the spots that its service gets 99% signal reliability, up to 1080p HD programming, better picture and sound quality than cable, more sports programming than its rivals and shorter customer service wait times than its cable competitors. It also said it was rated No. 1 in customer satisfaction.

At the end of the commercials, the normal, DirecTV version of Lowe says, \"Don't be like this me. Get rid of cable and upgrade to DirecTV.\"

In most cases, the Better Business Bureau National Advertising Division review board agreed with Comcast and urged DirecTV to pull or modify the ads.

For instance, the NAD found no supporting evidence to substantiate the \"far less attractive\" Rob Lowe commercial's claim that DirecTV has better picture and sound quality than cable. \"Scrawny arms\" Rob Lowe claimed DirecTV has more sports programming, but the NAD said that was also unsupported.

The review board also said DirecTV failed to explain how it arrived at its customer service claims. The NAD even took issue with the commercials' statement \"don't be like this me,\" because it \"conveyed a comparative and unsupported superiority message.\"

It did, however, find that DirecTV's message of 99% signal reliability and \"up to 1080p\" picture were solid.

DirecTV is appealing the claim that the ads are deceptive.

In a statement, the company said it \"continues to believe that the various Rob Lowe advertisements are so outlandish and exaggerated that no reasonable consumer would believe that the statements being made by the alter-ego characters are comparative or need to be substantiated.\"

According to a report in Variety, DirecTV has stopped airing the Lowe ads because the company had moved on to another ad campaign.

This isn't the first time DirecTV has been charged with false or misleading advertising.

The Federal Trade Commission ruled in March that the satellite company failed to make it clear that its $19.95-a-month plan requires two-year contract is required, and that customers must proactively cancel the free premium channels like HBO and Showtime that they get during the first three months of the package