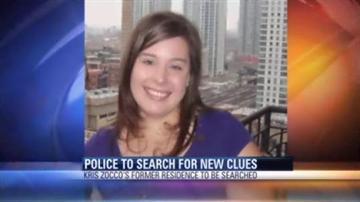 MILWAUKEE -- Milwaukee police are heading back to the east side apartment where 27-year-old Kelly Dwyer was last seen with Kris Zocco.

Milwaukee police tell CBS 58 News that detectives have interviewed residents of the building in the past and that detectives are reaching out again to residents for any information related to Dwyer's disappearance.

A letter from Park Lafayette Management tells residents that the Milwaukee Police Department asked permission to conduct neighborhood interviews at the building as early as Wednesday.

It's been more than five months since Dwyer went missing and police are hoping to find any clues related to her disappearance.