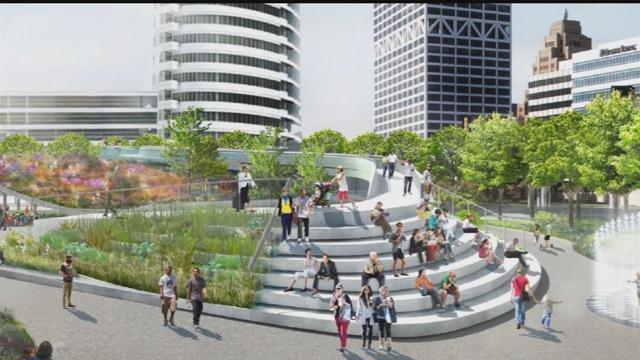 The project would develop a park along the lake shore near Discovery World. Renderings show this area could include a fountain, ice skating rink, and even a land bridge.

The project was first launched with a design competition. The Graef Team was one of 24 groups from around the country that expressed interest, and one of four that made a formal presentation.

The city predicts the project will cost 25 to 30 million dollars.

City leaders say the project is what will draw people to the city.

The mayor says they're turning to private donors to fund the project. They say a tiff district will help fund any road changes.