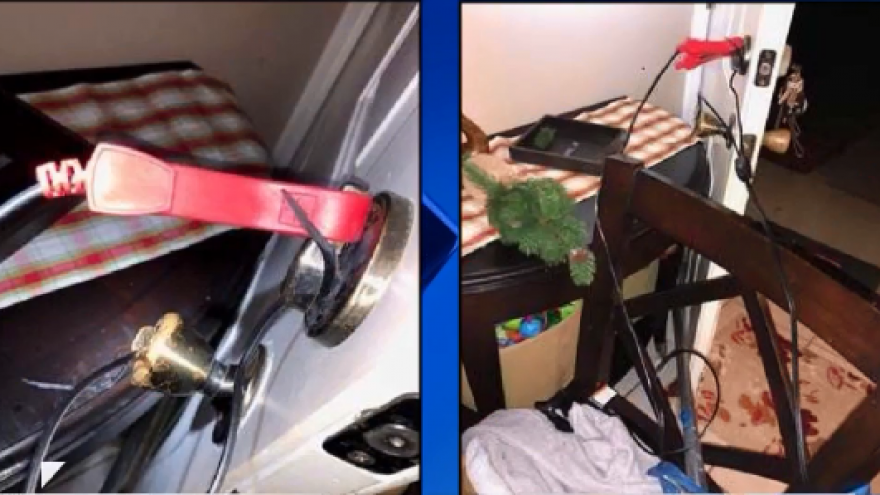 PALM COAST, Fla. -- (NEWS4JAX/CNN) A Flagler County man is in jail in Tennessee, accused of wiring the door to his Palm Coast home to an electrical device in an attempt to electrocute his pregnant, estranged wife.

According to a charging affidavit, deputies were sent to the house after the wife's stepfather called to report suspicious statements made by Michael Scott Wilson about not letting his child touch the front door of the home on White Hall Drive. The front door was barricaded and there were burn marks near the door handle, according to the Flagler County Sheriff's Office.

When a deputy kicked the door, he saw a large spark.

"That was just instinct in the deputy responding. Something didn't seem right. The deputy was really quite lucky," said Chief Steve Brand, who added that he believes this was the first booby trap deputies encountered in the Flagler County’s history.

After investigating, the Sheriff's Office said Wilson, 32, rigged electrical devices to the top door lock and lower door handle in an attempt to electrocute whoever attempted to unlock and open the front door. 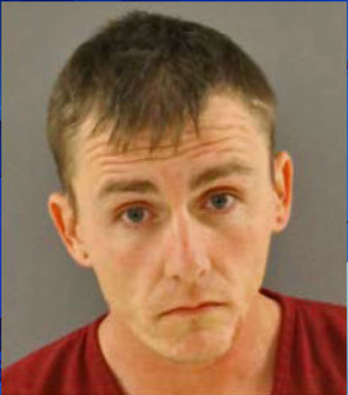 Investigators said the couple separated a few weeks ago. According to the affidavit, while Wilson's wife visited family for Christmas in Tennessee, Wilson went into the home, turned off the security cameras and built the trap.

In addition to rigging the door in an attempt to injure or kill his wife, Wilson also stole a gun from the house, deputies said.

Deputies told News4Jax that Wilson worked in construction and perhaps used his knowledge to build a booby trap, saying he connected wires to the home electrical system and a backup battery charger in case the home lost power.

Wilson's Facebook page, that includes a photo of himself holding two handguns, shows his status at "Widowed."

"I didn't see any problems. He looked like a normal guy," said Kris Stankiewicz, the landlord and next-door neighbor. "We're happy she is OK and everybody is OK."

An arrest warrant was obtained charging Wilson with two counts of attempted aggravated battery and one count of grand theft of a firearm.

Wilson was located in Knoxville, Tennessee, about 12:30 p.m. Thursday and was taken into custody. In addition to the Florida charges, Wilson was charged with possession with intent to sell methamphetamines. He is being held on a $150,000 bond pending extradition to Flagler County.

“This is one of the most bizarre domestic violence cases I have seen in my career,” Sheriff Rick Staly said. “Not only did this man plan to electrocute his wife, but he could have injured a deputy or any person attempting to enter this residence. Thankfully this man was found and taken into custody before he could cause the harm he intended.”

According to an electrician with Florida Power and Light, if anyone had touched both the lock and the front door at the same time while it was booby trapped, there's an 80-100 percent chance that person would have been killed or at least harmed significantly.

This is an ongoing investigation and additional charges are pending.