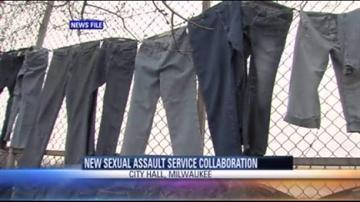 MILWAUKEE -- Today isn't Casual Friday, but people around the world are wearing jeans for Denim Day, a day to support survivors of sexual assault and dispel myths surrounding assault.

The international day of awareness began after an Italian woman was sexually assaulted by her driving instructor.

The suspect was convicted, but the sentence was overturned when a court determined that because the victim's jeans were \"tight\", she must have removed them herself, and that the incident was not assault, but consensual sex.

The controversial verdict inspired men and women across the globe to dedicate a day to wearing jeans to highlight misconceptions about sexual assault.