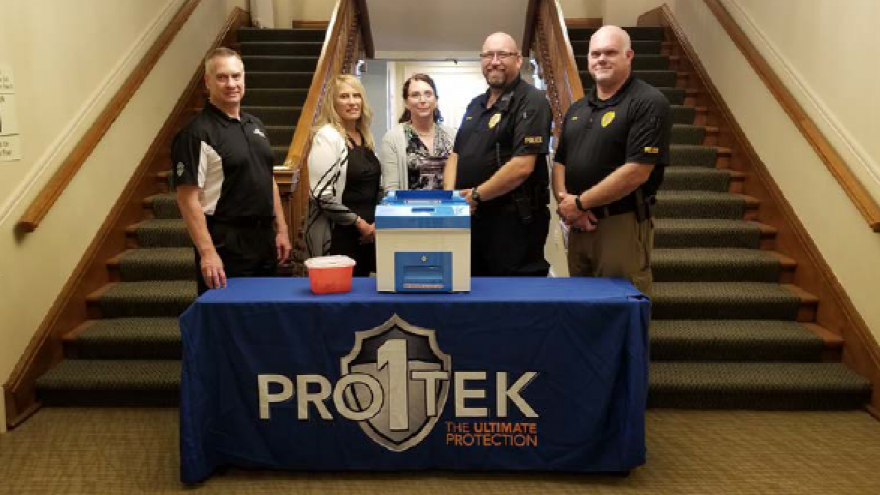 The Needle Shark is a safe disposal system for needles.

The devices were purchased thanks to donations from Rogers Memorial Hospital in Oconomowoc and PRO1TEK in Hartland.

The Delafield Police Department is the first police department to deploy the Needle Shark in Wisconsin.

These devices will allow safe disposal of needles. The needles are shredded so they can no longer be used, which also reduces the chances of needle stick injuries. Shredding the needles reduces waste and allows disposal of sharps containers five times less often than standard methods.