Death Toll in Bombing Climbs to 35 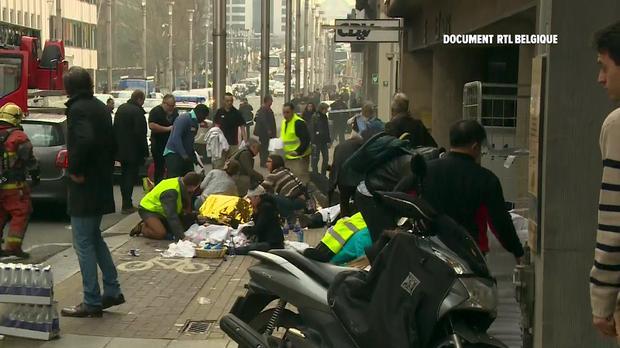 BRUSSELS (AP) -- The Belgian health minister says four of those wounded in the suicide bombings last week have died in the hospital, bringing the number of victims of the bombings to 35.

The minister, Maggie De Block, made the announcement on her Twitter account Monday morning.   She posted: "Four patients deceased in hospital. Medical teams did all possible. Total victims: 35. Courage to all the families."

Suicide bombers hit Brussels Airport and a city subway train on March 22 in an attack claimed by the Islamic State group.

Belgian prosecutors say three people have been ordered held on charges of participating in terrorist group activities. They were among four people detained during Sunday searches in Brussels and the northern cities of Mechelen and Duffel.

Belgian prosecutors did not release details on the alleged terrorist actions or whether they were linked to the March 22 suicide bombings at Brussels airport and in the Brussels subway.

A fourth person has been released without charge, according to a statement from the Belgian Federal Prosecutor's Office Monday.

Those charged by the investigating magistrate were identified only as Yassine A., Mohamed B. and Aboubaker O.