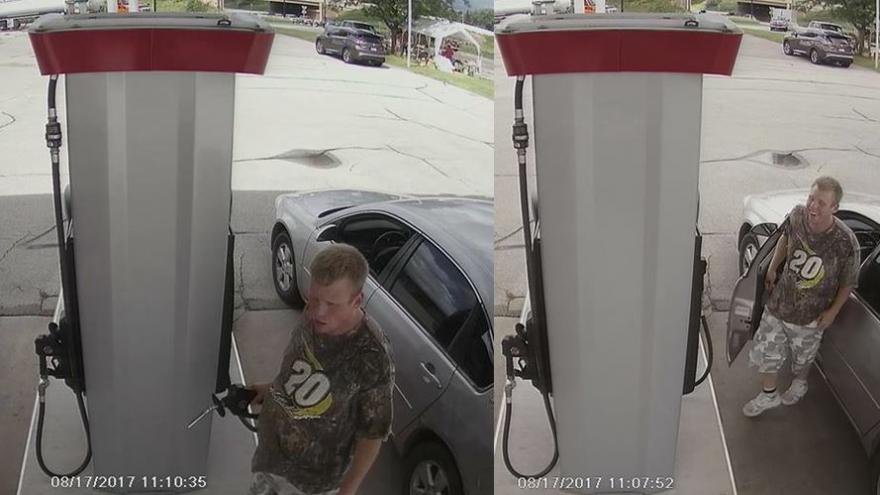 DE PERE, Wis. (CBS 58) – The De Pere Police Department is asking for help to find a suspect in a gas drive off in August.

Police say it happened on August 17 at the Country Visions gas stations on Grant Street on the west side. They have released surveillance footage of the suspect.