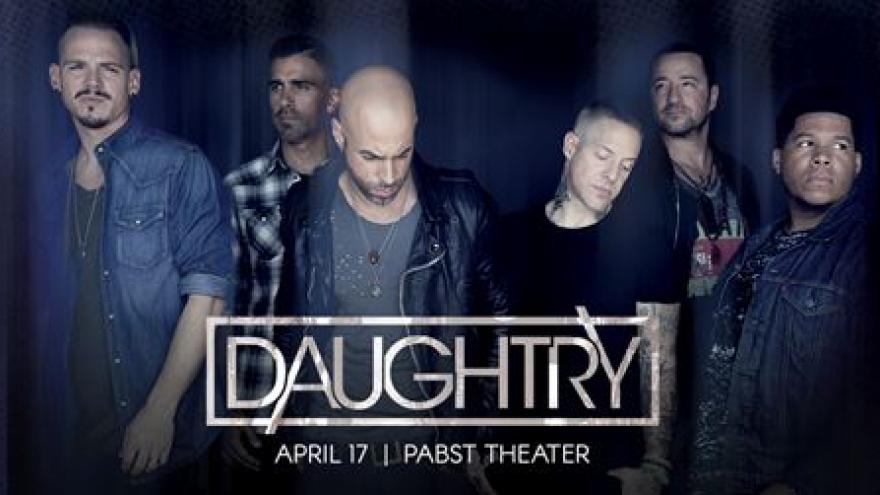 MILWAUKEE (CBS 58) – Chris Daughtry is bringing his rock and roll sound to Milwaukee.

Daughtry will play the Pabst Theater on Tuesday, April 17 at 8:00 p.m.

Chris Daughtry rose to fame after appearing in the fifth season of American Idol. He has released four albums, all of which reached the Billboard Top Ten and have combined sales of over 8 million copies in the U.S.