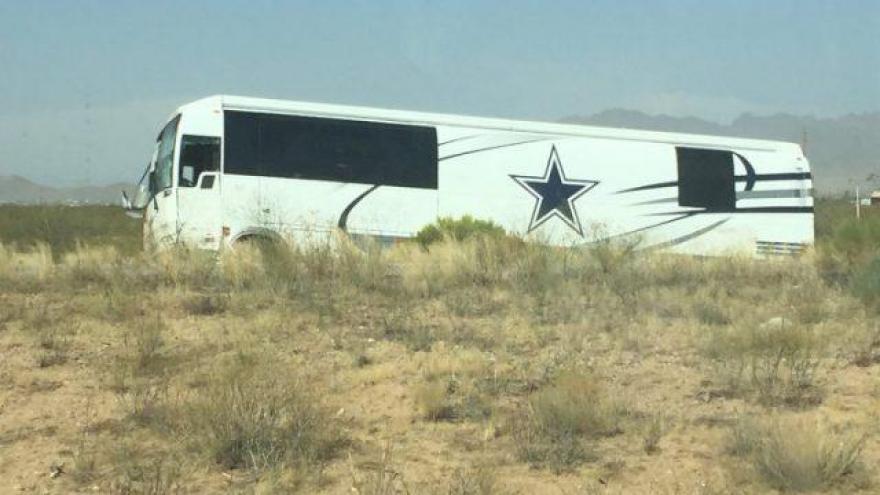 ARIZONA -- Four people were killed when a Dallas Cowboys bus collided with a van in Arizona on Sunday,

Arizona Department of Public Safety spokesman Quentin Mehr says all the fatalities in the Sunday crash were passengers in the van.

Mehr didn't say what led to the crash on U.S. Highway 93 in western Arizona.

Dallas Cowboys spokesman Rich Dalrymple says the bus had no players, only staff members on board. They suffered "bumps and bruises."

The bus was traveling from Irving, Texas to GameWorks in Town Square Las Vegas for a fan event. The bus would then proceed to Oxnard, California for the start of NFL training camp in two weeks, CBS affiliate KLAS reported.

According to the Department of Public Safety, the collision occurred about 30 miles north of the city of Kingman.