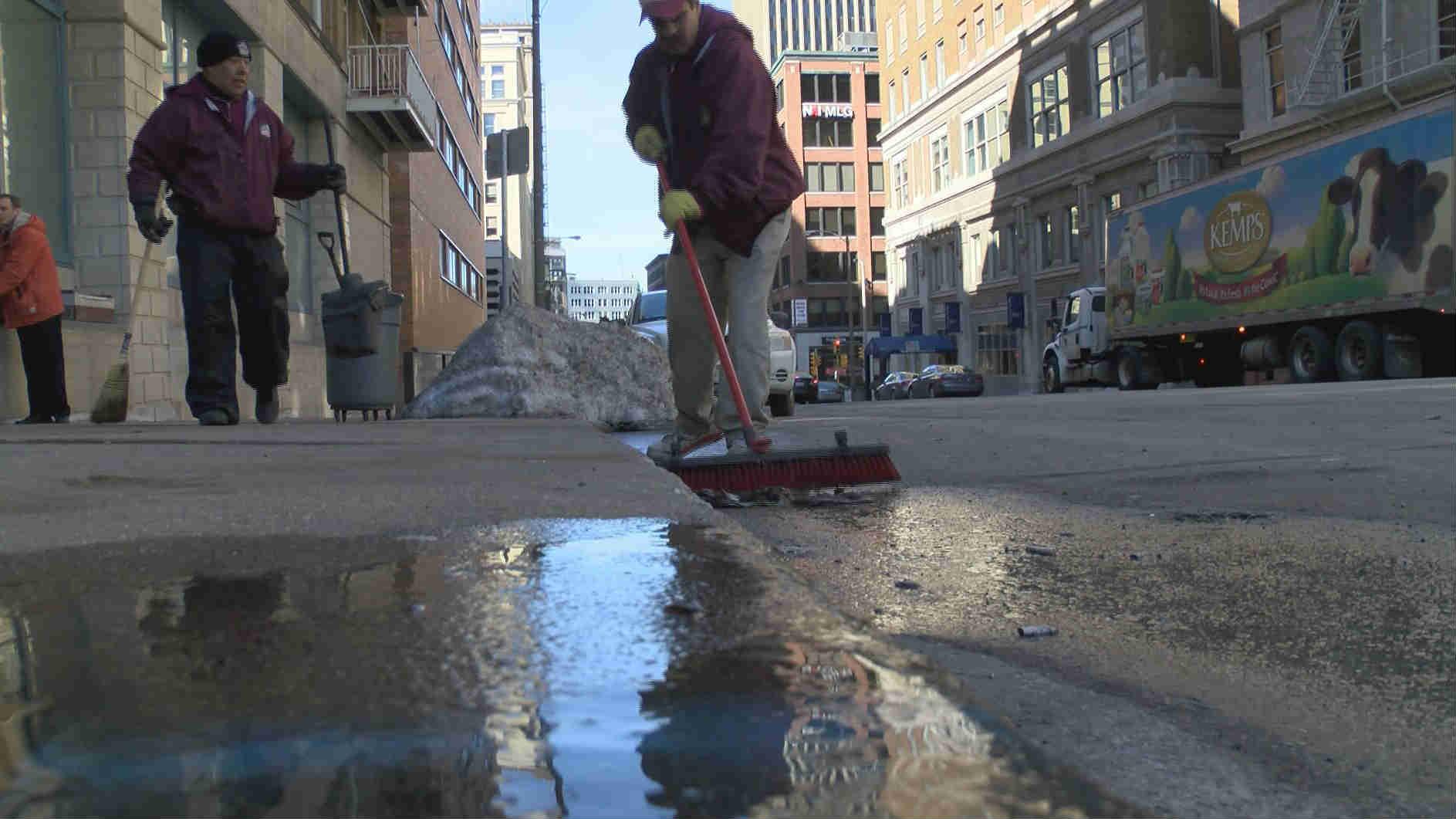 Rotten food, pieces of bed frames, even dead animals all seem to appear along city streets this time of year. The melting snow reveals a lot of trash left behind over the winter. Cleaning that stuff up isn't exactly fun, but Greg Peterson doesn't mind.

\"Stuff that's been sitting there for 6-8 weeks, maybe some of the people's lunches that have been plowed into the snow, things like that can get kind of nasty,\" Peterson said with a smile while standing on Milwaukee Street Thursday morning.

The last few months, the ambassadors only filled about one 60-gallon bin per day. But starting in early march, they're now averaging 15 to 20 loaded with trash, grime and whole lot of cigarette butts daily.

\"[People] have a tendency to put those cigarette butts into the snow banks so when those melt, there's plenty of them left behind,\" Peterson said.

Out in Waukesha, Fred Bluhm's \"Vacall\" street sweeper sucks up everything from car parts, sticks and leaves to even a dead skunk once... accidentally.

\"The machine is sucking air all the time and once the animal is in the box it was just. Eye-watering,\" Bluhm said.

When the snow starts to melt, Bluhm and two other drivers sweep every street in Waukesha over the course of 10 days.

\"I can look at my job when I'm done at the end of the day and say, 'This is my area. I did it,\" Bluhm said before climbing back in his sweeper. \"I get satisfaction out of it.\"

It can be a thankless job at times, but one both Bluhm and Peterson know is needed.

\"In our line of work we get a lot of thanks, pats on the back when a lot of times people just don't see you otherwise,\" Peterson said.