7 officers, 1 firefighter injured and 3 others shot at scene near 40th and Lloyd in Milwaukee

NOW: 7 officers, 1 firefighter injured and 3 others shot at scene near 40th and Lloyd in Milwaukee

MILWAUKEE (CBS 58) -- In a press conference Tuesday night, Milwaukee Police Chief Alfonso Morales said seven officers and a firefighter were injured at the scene near 40th and Lloyd where a large group congregated in search of two missing girls.

The group gathered at a home that neighbors say is known to be used for human trafficking.

After police left the home, the crowd began breaking windows and eventually set fire to the home.

Morales said a van was also set on fire, and he said people were throwing bricks at officers and firefighters.

Around 7:30 p.m., shots were fired into a vehicle, striking a man who later walked into the District 3 police station.

Two others at the scene were also shot and are said to have sustained non-life threatening injuries.

Morales said one of the two missing girls has been found.

MILWAUKEE (CBS 58) -- Police are working to control a large crowd near 40th and Lloyd in Milwaukee Tuesday evening, June 23.

The crowd has been out in the area of 40th and Garfield for several hours.

Milwaukee police say two 14-year-old children were shot and injured in the area around 5:24 p.m. The victims, one male and one female, sustained non-life threatening injuries and walked into a local hospital for treatment. 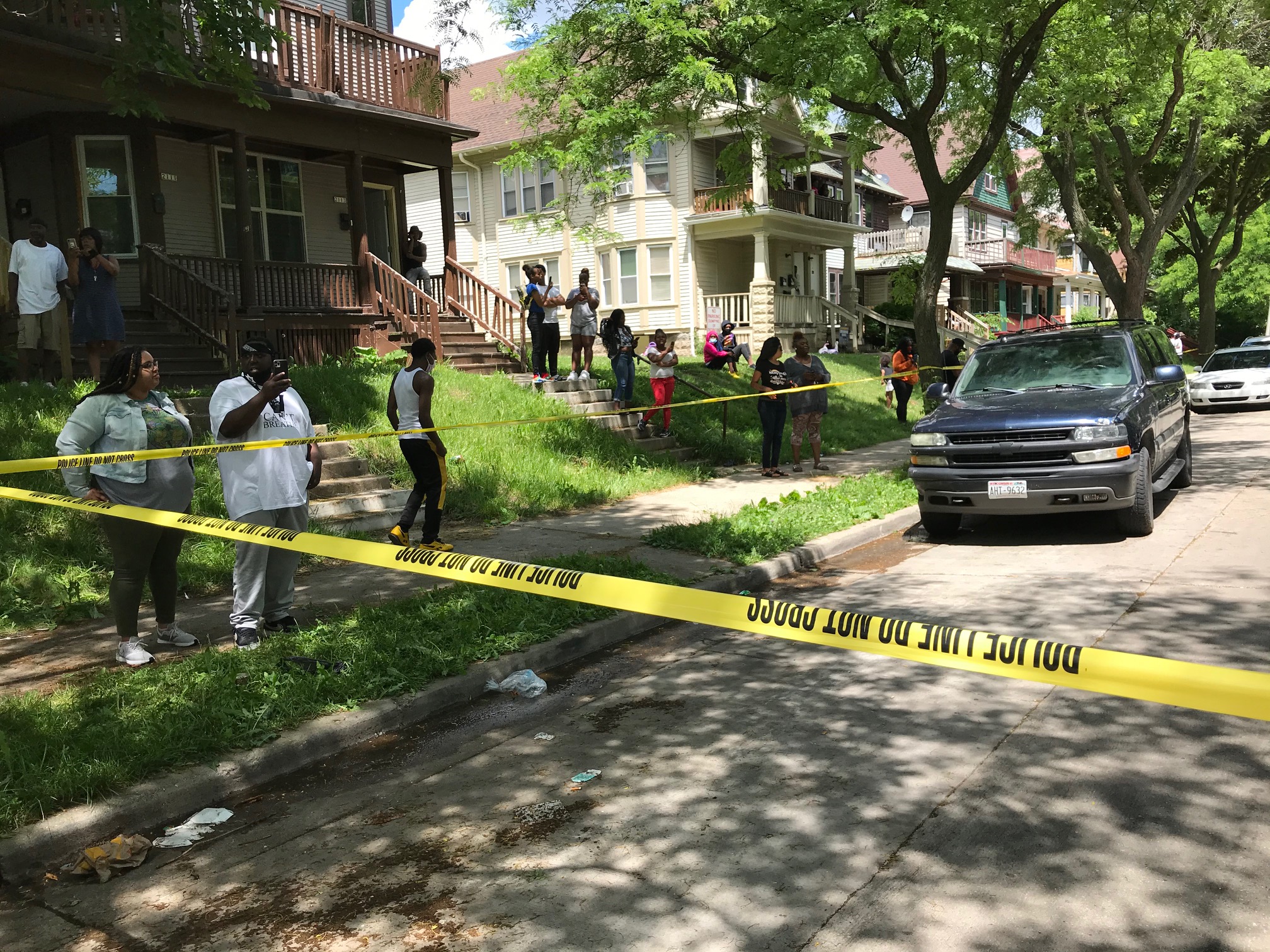 A CBS 58 crew at the scene said the crowd was focused on a house; people were throwing things into the home and breaking the windows.

Milwaukee Police Chief Alfonso Morales showed up to the scene.

The crowd started to gather after a search for two missing girls last seen near 21st and Locust. There was word from the girls' mother that they may be at a home in the area of 40th and Lloyd that's known for trafficking.

There was a report of shots fired from the home around 11:30 a.m. Milwaukee police then searched the home and did not find anything. It has since been boarded up.