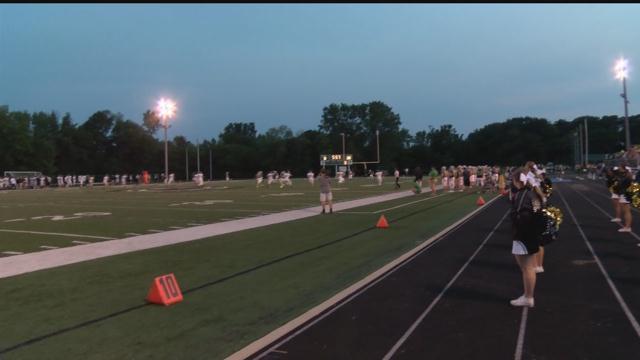 Thursday night football locally calls for a rivalry between Greendale and Franklin High Schools, and whenever you have this kind of match up on the football field, some fans may get too involved in the game.

At any game, fans are likely to cheer for their team, and dog their opponent.

The Baraboo School District near the Dells is addressing that fine line. Baraboo is calling out the rowdy fans by enforcing 10 new rules including not coaching your child during a game or practice, not addressing concerns with a coach for at least 24 hours after a game, and not posting anything negative on social media.

\"Some people do get out of hand and create fights, and it's unfortunate,\" said Nancy Harris.

\"It's probably limiting the parents,\" said Klug. \"But the parents aren't the ones playing the game.\"

\"We just don't have it in writing,\" said Pollex. \"We have meetings before the fall, winter and spring sports, it's definitely preached.\"

He says it's all about educating the parents, and letting the coaches do their job.

\"The kids can't have an ear on the stands, and a ear on the football field, \" said Dwayne Harris. \"They're getting confused, so now you got a kid coming off the field with mixed feelings.\"

\"We don't know what's going on behind the scenes when they're on the field,\" said Nancy Harris. \"We can only see from a fans perspective, but it's bittersweet.\"