UPDATE: Welding business near 15th and National remains under investigation

UPDATE: Welding business near 15th and National remains under investigation

MILWAUKEE (CBS 58) -- The Milwaukee Fire Department says the cause of the fire remains under investigation.

Authorities say it is not believed to be suspicious.

MILWAUKEE (CBS 58) -- Milwaukee Police say crews will be on the scene past midnight due to the amount of chemicals released by the explosions.

It's been a difficult day for first responders, who had to make adjustments because of the heat.

Even people just watching the firefighters put out flames at Aguilars Welding near 15th and National struggled with the heat. They felt much worse for the crews responsible for extinguishing it.

Former firefighter Allen Rainer says the equipment firefighters use for safety can work against them.

"It doesn't breathe," Rainer said. "It doesn't really give you much of anything to work with."

The Milwaukee Fire Department says they put more units on scene than they normally would have to keep shifts shorter and to keep people safe from the heat.

There were also plenty of coolers out, and both firefighters and the police officers on scene were sharing water.

Workers in the building next to Aguilars Welding say there is some damage there as well, but the fire did not make it inside.

MILWAUKEE (CBS 58) -- Milwaukee fire crews are battling a four-alarm fire on the city's south side.

It happened at Aguilars Welding near 15th and National Friday afternoon. 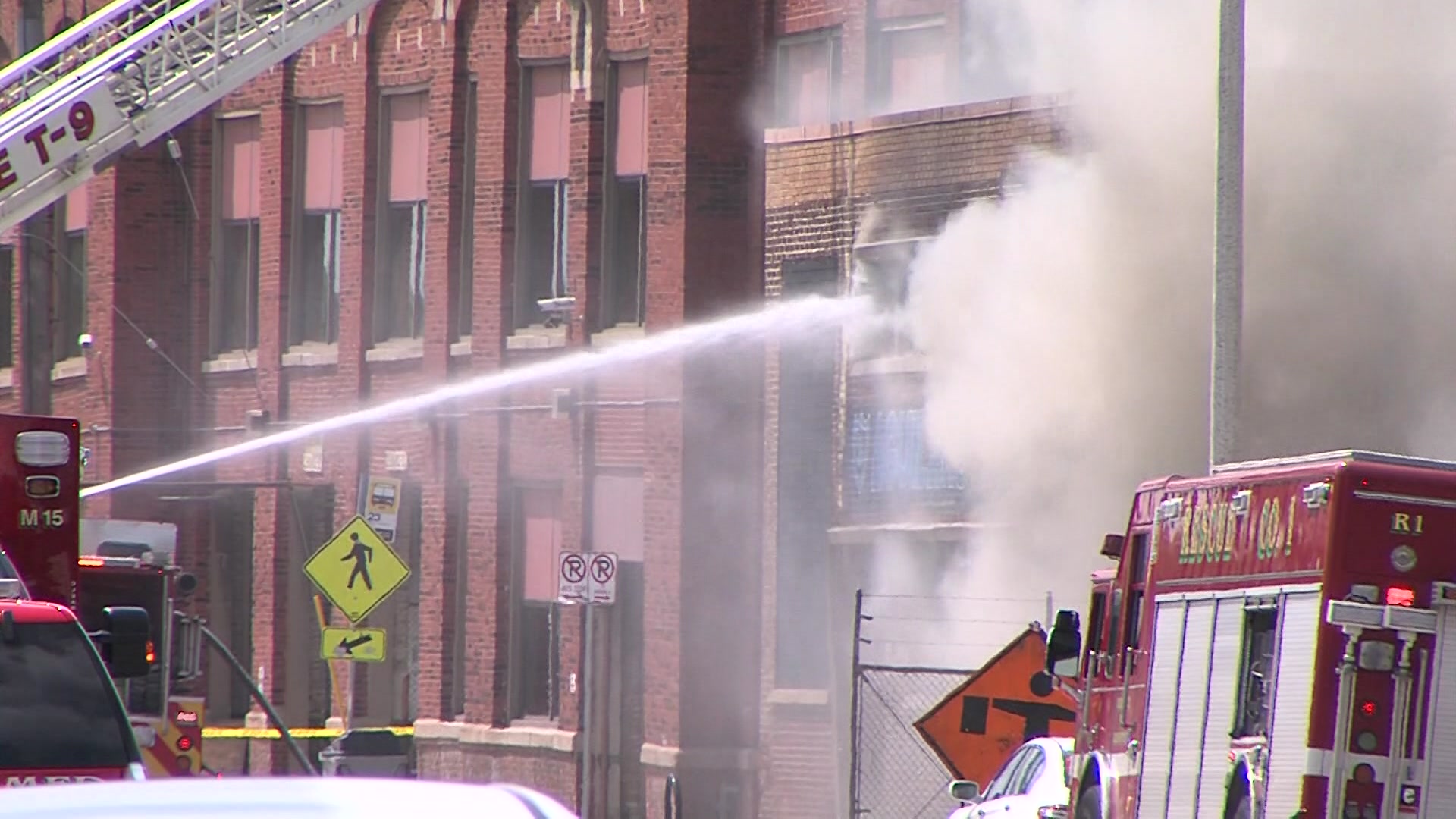 Flames were reaching well above the building and the smoke covered several blocks. Nearby workers say they were evacuated for safety when the fire began around 1:15 p.m. A fire captain tells CBS 58 no one was hurt or injured in the fire.

The Fire Department brought in extra trucks so firefighters could work in shorter shifts to stay safe in the sweltering heat.

All the firefighters and police officers are okay.

There were reports of explosions, but firefighters were unable to confirm them.