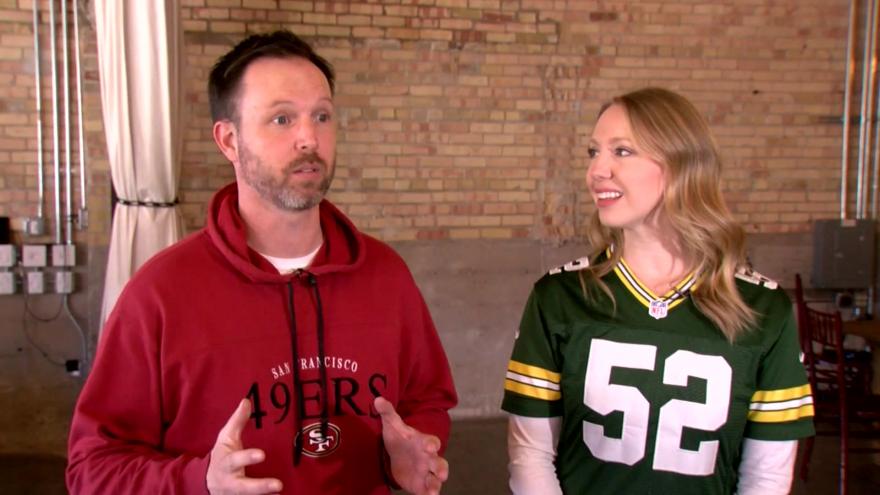 GREEN BAY, Wis. (CBS 58) -- One couple is taking their rivalry to social media.

Jyll and Tommy Everman own a restaurant in Green Bay.

For years, they've been pranking each other leading up to Packers-49ers face offs.

The two used to live in California, and now that they've moved to Green Bay, the escalation continues.

"Being in Green Bay, it's no joke," said Tommy. "Now she's like leveraging the whole town."

"I think my husband was floored by the love for the Packers here," Jyll said. "Because he always knew about it and heard about it, but I think that you're just like continuously impressed."

The pranks will continue until Sunday's game, where either Tommy or Jill will be victorious.