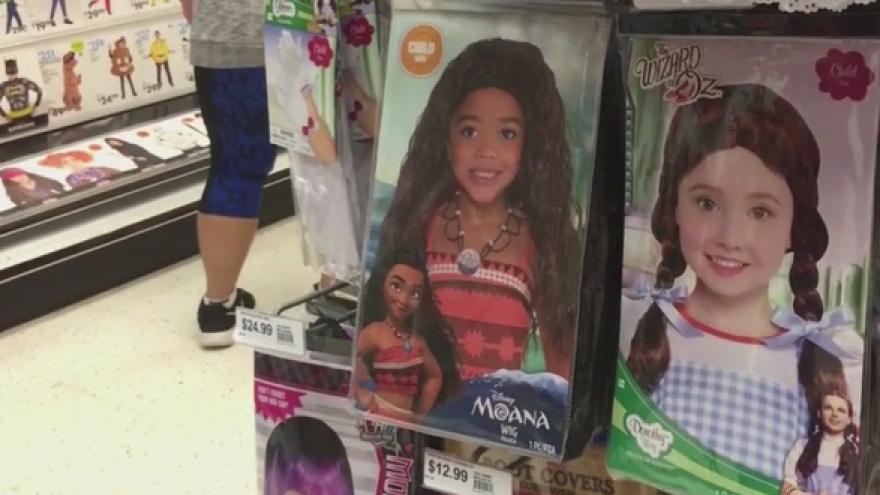 NEW YORK (CBSNewYork) — Gearing up for Halloween may mean having a talk with your child.

Disney’s popular movie Moana launched a children’s costume that some say is insensitive.

Experts say it may be a good time for family discussions about cultural appropriation.

Families were rushing into their favorite costume shops, kids in tow, but had to explain why one costume was pulled from shelves.

As CBS2’s Jennifer McLogan reported, Disney has received consumer complaints about its Moana bodysuit that gives children brown tattooed skin just like Maui’s. The costume does remain in stock at some stores.

Maui is a Polynesian demigod in Moana — Disney’s popular movie released last year about a young Pacific island princess who dreams of becoming an ocean navigator.

“I don’t think color should phase out a costume,” one parent said.

“The team behind Moana has taken great care to respect the cultures of the Pacific islands that inspired the film, and we regret that the Maui costume has offended some,” Disney said in a statement.

Joseph Petrollese is a local costume designer for Rubies.

“When I work with my team we definitely talk about it, about going too far. We try to err on the side of caution,” he said.

Some parents call it over-reaching political correctness at Halloween.

“If a child loves Moana and wants to dress up as Moana because of one of their favorite characters then why not?” Dana Kuropatkin said.

Others disagreed and said people’s skins are not costumes.

“It is kind of racist in a sense that a white person is wearing black or brown skin costume,” Nirmal Sabu said.

“Putting on the skin of another person without having been in that skin our whole lives, we don’t what it’s like to walk in the shoes of a person from another culture, so we have to be respectful,” she said.

Experts said dressing up in a hijab, a sari, or kimono could also be considered disrespectful.