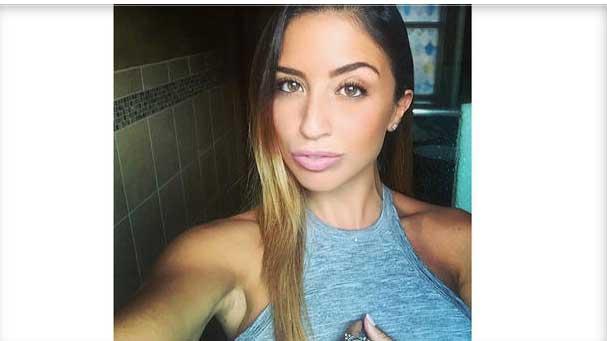 NEW YORK (CBS NEWS) -- The body of a New York woman reported missing after going for a jog was found by her father in marsh grass in Queens, reports CBS New York.Police suspect 30-year-old Karina Vetrano had been strangled and sexually assaulted.

Vetrano vanished Tuesday after telling her family around 5 p.m. she was going for a jog in Gateway National Park, where she routinely works out. The recreation area is nearby the Queens coastline.

She typically ran along paths in the park with her father, a retired firefighter. But Tuesday, police say the man didn't run with his daughter because his back was bothering him.

"He asked her not to run this path. Not without him," NYPD Chief of Detectives Robert Boyce told reporters.

Police tell the station Vetrano had been texting with a friend, but the messages abruptly stopped, and her father wasn't able to reach her on her cell phone. When she didn't return home, her family notified police.

The woman's father was reportedly helping investigators search along their usual jogging route. After police pinged her cell phone in the marshy area, Boyce said the man found her body in a grassy area near the jogging path as investigators followed.

Boyce said she had apparently been dragged about 15 feet off the path. He said she had scratches on her body and her clothing was in disarray. She was pronounced dead at the scene. Police aren't sure if the crime was random or targeted.

Friends described Vetrano as "spontaneous" and a "great girl."

"My heart goes out to him," outgoing Police Commissioner Bill Bratton said about Vetrano's father. "I just can't even begin to grasp that."

Investigators have not named a suspect. A medical examiner will determine the exact cause of death.