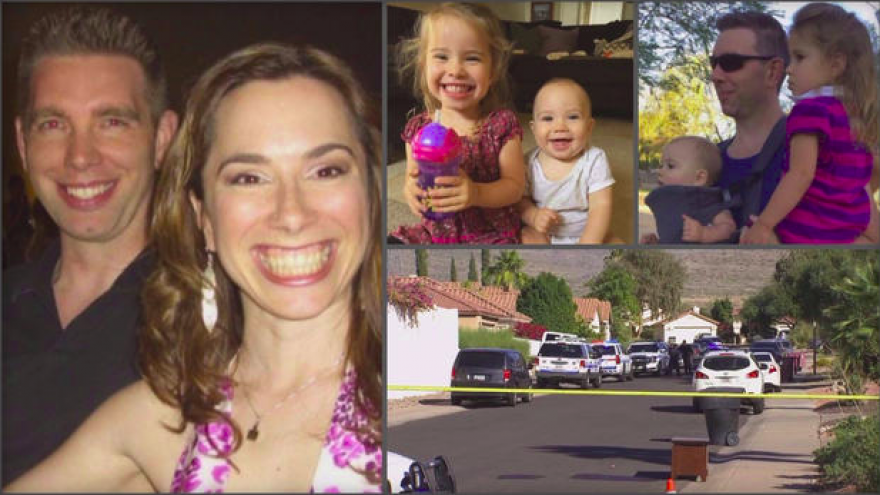 Scottsdale police have identified the deceased as married couple Jason and Anne Fairbanks, both 39, their three-year-old daughter and their nine-month-old son. Police did not name the children.

Police spokesman Sgt. Ben Hoster said in a Saturday statement that investigators determined the family had been having financial struggles.

Police were called to the couple's north Scottsdale home Friday afternoon by a co-worker of Jason Fairbanks. The co-worker had gone to the home to check on him after he didn't show up for work and found all four shot to death in a room.

Laura Fairbanks, Jason Fairbanks' sister, told the Arizona Republic her brother loved his family and wasn't a bad person. She said he worked seven days a week to provide for them, but funds weren't coming in as he needed.

"I just wish he would have asked for help," Laura Fairbanks told the paper.

She remembered Anne Fairbanks as an involved mom who was always smiling.

"Boy, she loved those kids," Laura Fairbanks said. "She loved them so much."