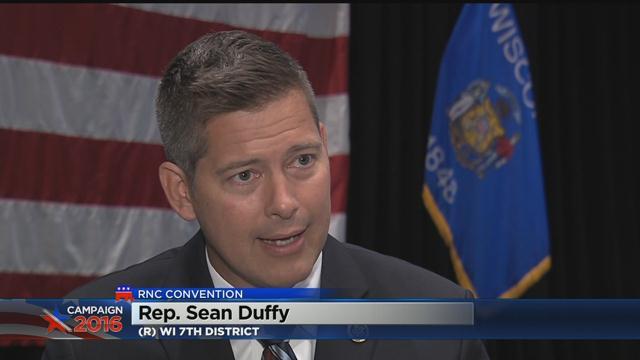 CBS 58 sat down with Congressman Duffy this morning to go over his speech and the convention.

Duffy says this may be the first time since 1984 a republican presidential candidate can win Wisconsin, but admits the last two Marquette Law School polls shows there's a lack of full enthusiasm among Republicans in southeast Wisconsin.

Duffy says he wants to talk directly to those traditional Wisconsin republican voters who may now be thinking about sitting this election out.

Other Wisconsin delegates, CBS 58 spoke with today also talked about how important this week is to excite Republican voters and says Duffy he wants to see trump stick to a set script more than he has.