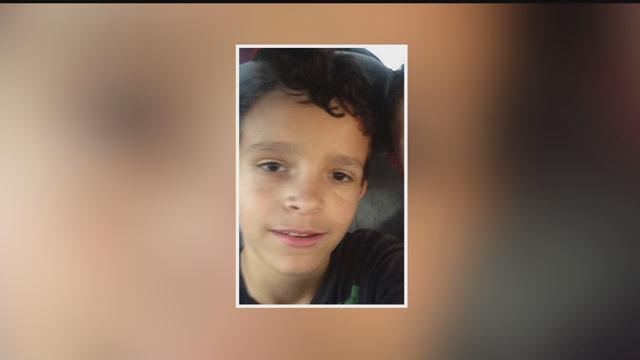 Life is too short to be mad, to be sad, to be serious; so be happy, laugh and have fun.
Friends found those words written by 11-year-old Quinn Richardson on his Instagram page and they say they totally encompass who Quinn was.

"He was never mean to anyone. I think he laughed the most out of anyone at our school," said fellow sixth grader Luke Wilmer.

"He was really funny. There was never a dull moment with him and it just felt like something was missing today," said Isabella York, another sixth grade student.

Grief counselors were on hand at Longfellow Middle School Tuesday, where Quinn was in the 6th grade.

"Everyone was crying a lot. It was hard," said York.

A memorial now stands on the corner of 70th & North Avenue where Quinn was hit by an SUV Tuesday night after police say he fell off
his skateboard.

"He wanted to go to the village with me and a couple other people but I had to do homework and my mom wouldn't let me and when he was coming home from the village I heard he got hit by a car, and then I burst out into tears," said Wilmer.

Wauwatosa police haven't filed any charges against the driver, saying this appears to be a tragic accident.
One that the community may never get over.

"He always told jokes to people. He had a really nice soul I think. It was just really sad," said Wilmer.