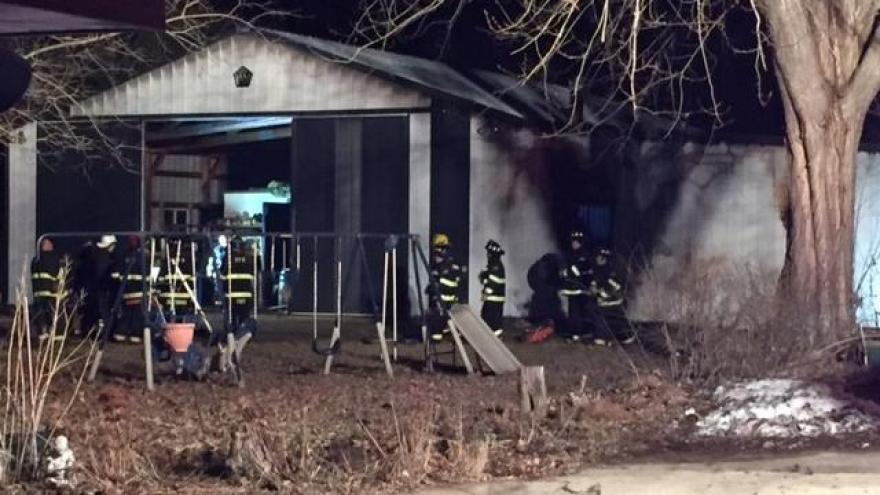 A large building behind a home on Maple Road caught fire in Germantown, resulting in a response from several nearby fire departments. The building is being considered a total loss.

Investigators say the fire started when the owner used some coals from his wood burning stove to fill some gaps in the metal wall at the base of the building.

Upon arrival at the fire, first responders observed flames. They were able to get the fire out, but damages caused the roof to sag.

Germantown Fire Department said the building had many different forms of equipment inside of it but was unsure if it was a business.

Germantown Fire Department is still trying to find the cause of the fire and is remaining on scene for further investigation. No injuries were reported in the fire.