Coach McCarthy thanks fans for 'outpouring of support' 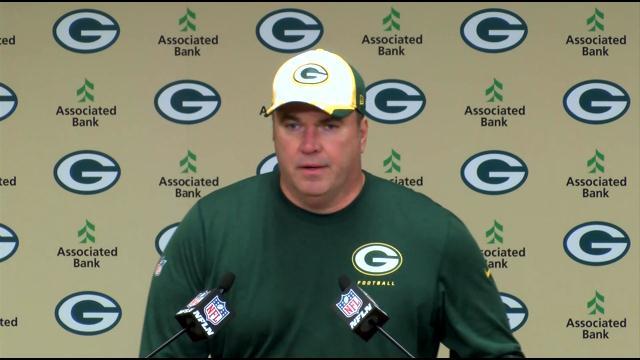 Upon his return, he and the Packers released a statement:

“On behalf of the entire McCarthy and Grumbine families, I would like to thank all those who have offered their condolences and support since my brother Joseph passed last week. The outpouring of support we have received from the Pittsburgh and Green Bay communities, the Packers family and fans, as well as the NFL community, has been overwhelming and greatly appreciated. Thank you for the love and respect that you have shown our families, and may God bless you all.”

McCarthy's family is from Western Pennsylvania.