MILWAUKEE (CBS 58) --The city of Milwaukee declared a snow emergency for Feb. 4 as a winter storm charged through southeastern Wisconsin, leading to dangerous driving conditions.

The Department of Public Works said a second night of a snow emergency may be needed, but that decision will be announced Friday.

The city is just coming off several days of digging out of the last snow storm.

“I mean just a couple of days ago it was just so undriveable, but right now you definitely have to be careful,” Esther Hernandez of Milwaukee told CBS 58.

Other drivers said they are keeping their time on the roads to the bare minimum.

“It’s been hectic so I just try to get from point a to point b,” Kristin Tomow said.

The dangerous conditions also plagued the highways in the region.

CBS 58 recorded video of a serious multi-vehicle crash on I-94 near Caledonia in Racine County. Low visibility, accumulated snow and high speeds mixed to lead to the dangerous situation.

Before the crash, CBS 58 interviewed county officials who warned drivers of the rapidly changing conditions and the challenges with the one-two punch of snow and falling temperatures.

“Regardless of how much snow falls today, once the temperatures drop, the salt may become ineffective,” Julie Anderson, the director of Racine County Department of Public Works and Development Services told CBS 58.

“So we expect roads will get slippery and people are really going to have to slow down, take their time and anything that looks like wet pavement could very well be ice.”

Thursday night's parking restrictions in the city of Milwaukee are as follows:

To confirm streets that do not allow any parking, and for additional parking restriction information, click here.

Residents can sign up for text alerts at milwaukeeparkingalerts.com and/or email messages at milwaukee.gov/enotify. 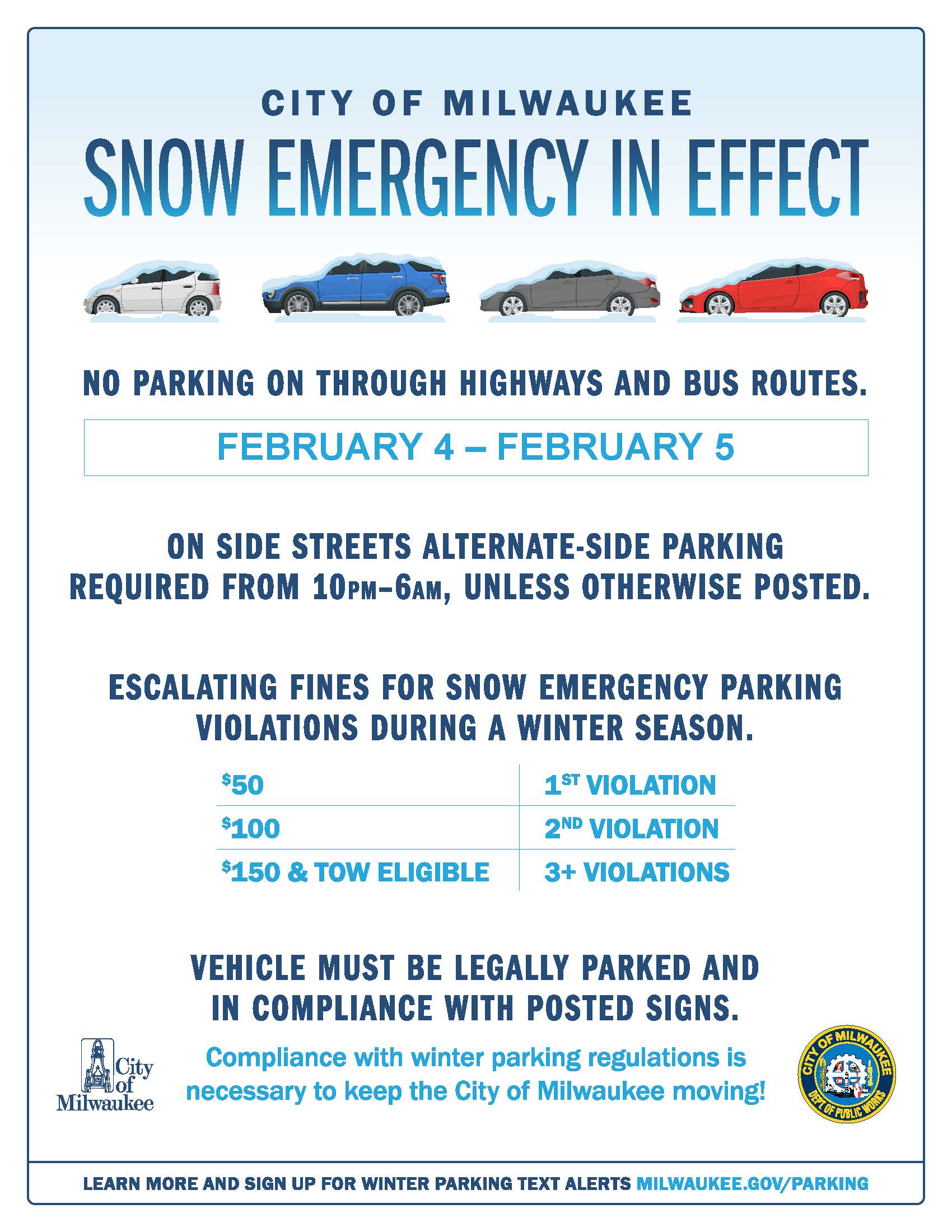