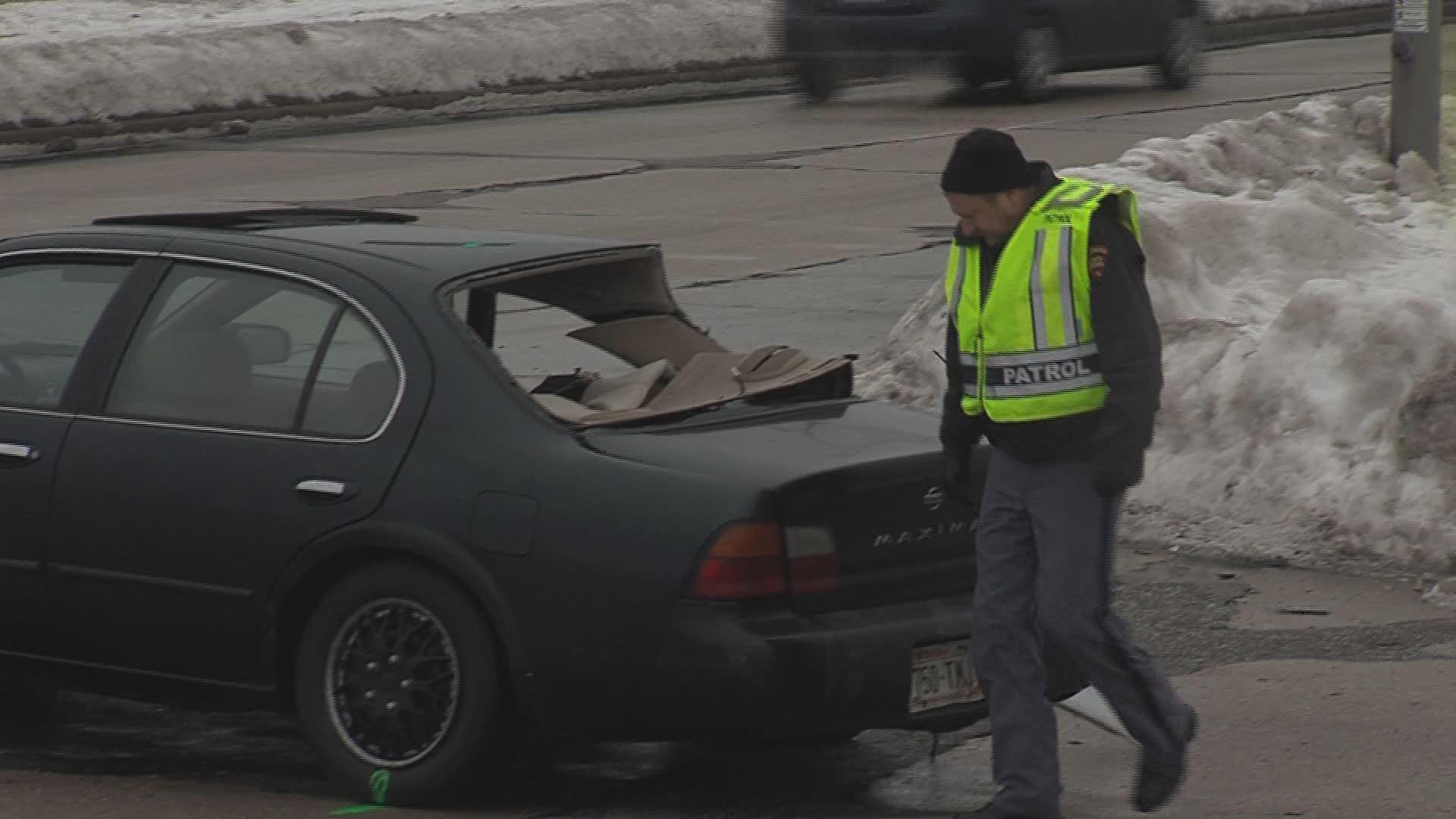 Two children are injured after a hit and run crash at an intersection outside of the Regency Mall Saturday afternoon.

Mount Pleasant police say that a Nissan Maxima, carrying two adults and two children, was turning left on to Wood Rd from Durand Ave when it was hit by a dodge pickup truck.

The two adults and one of the children sustained minor injuries, while a 2-year-old was severely injured.

Flight for life was called but because of the weather was unable to fly, but the child was later transported to Children's hospital.

The 46-year-old driver of the pick up truck was arrested and will be charged with one felony count - hit and run causing injury.

Police do not believe drugs or alcohol was involved.