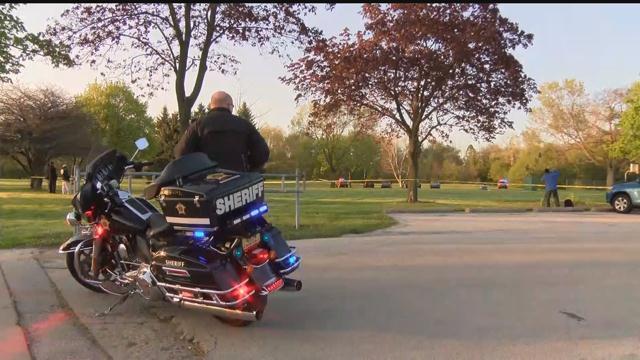 Milwaukee County authorities are working to identify a body found by a group of children in Sunday evening.

People who saw the body said it was laying in Meaux Park on the banks of Lincoln Creek. They also said it was badly decomposed.

13-year-old Nyjuanan Gant said he was with his step-brother when they smelled something rotting.

"And then he pointed it out. And I went 'Oh, that's a dead body'. But we weren't for sure at first. We thought it might be an animal or something," Gant said.

"It was like bent over like it was laying down. And it had blood on the shirt. Then my step-brother hit it with a rock on the stomach and the shirt flew up. And we knew it was a dead body from there," Gant said.

Twannia Tolefree was one of the parents supervising the group of children at the park. She called police just before 6 p.m.

Authorities have not yet said if the body was male or female. They also have not given an age range or a possible cause of death.

The investigation at the park ended before sundown with the remains taken by a Milwaukee County Medical Examiner vehicle.

"It feels different now to come back up here because every time we come up here it's going to be on our mind like 'Oh my god we've seen a dead body'," Tolefree said.

It is unclear if this unidentified person died at Meaux Park or was placed there after death.