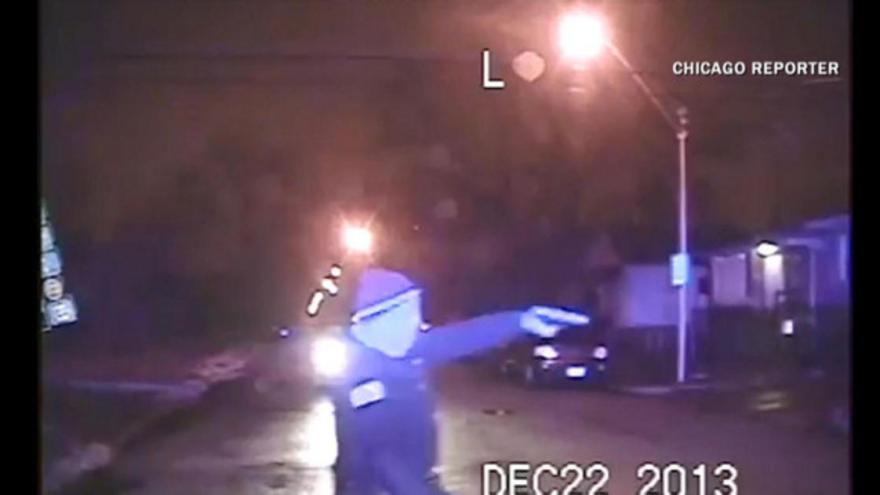 CHICAGO (CBS) -- The Chicago police officer who shot 16 times into a stolen car full of teens –hitting two of them — has been found guilty by a jury in a federal civil-rights trial.

The verdict came down around 4:30 p.m. Monday, about four hours after jurors began deliberating. Proano was found guilty of two counts of deprivation of rights under color of law, CBS 2’s Mai Martinez reports; he faces up to 10 years for each count.

The now-familiar dashcam video was a key piece of evidence against officer Marco Proano, who responded to a call for help from fellow officers in pursuit of a possible stolen car in December 2013. As a car full of teens reversed, Proano opened fire on it — emptying his clip of 16 bullets. Two of the teens were hit, and the vehicle crashed into a light pole.

In court, prosecutors called Proano’s actions unreasonable and excessive, but Proano’s attorney said the officer was following his training and responding to what he perceived to be a threat.

Proano was suspended without pay after he was indicted last year.

The Fraternal Order of Police Lodge No. 7 said it is disappointed in Monday’s verdict.

“The pressure on the police is making the job extremely difficult,” a prepared statement from President Kevin Graham said. “It seems that the criminal elements in our society are not accountable in our justice system, while the police face an intense scrutiny for every split second decision they make. We will meet with our legal advisers to consider the next steps.”