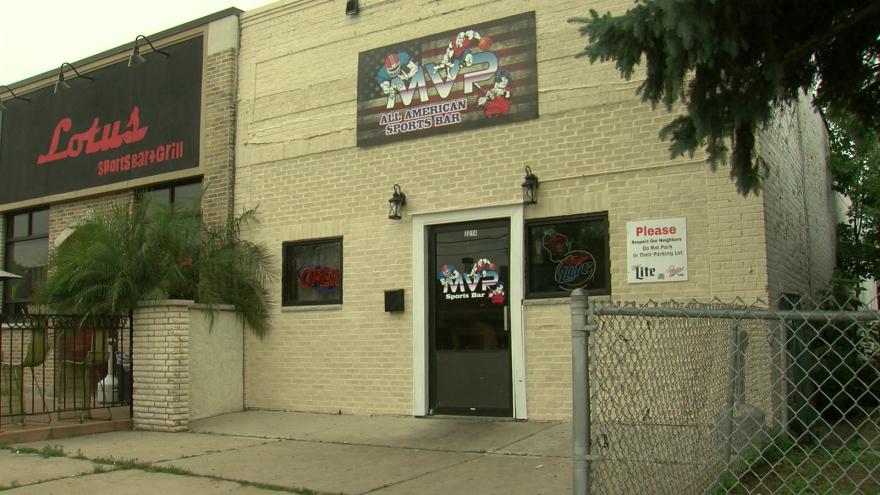 KENOSHA, Wis. (CBS 58) -- A 28-year-old man is in critical condition after being shot inside MVP Bar in Kenosha over the weekend.

The victim was taken to a local hospital after being shot in the neck.

Several law enforcement agencies were called to the scene to assist in dispersing the crowd following the shooting.

According to the Kenosha Police Department, several officers were outside the bar at the time of the shooting, attempting to disperse a disorderly crowd which had been asked to leave by security.

Officers reported hearing gunshots from inside and attempted to enter the bar to address the threat, but fleeing patrons prevented their immediate entry. Numerous patrons found themselves stuck in the doorway with others pushing them from behind.

Officers had to pull many of the patrons to safety before they were able to enter and locate the victim.

While officers provided medical attention to the victim and secured the crime scene, several small fights erupted among patrons.

According to police, bar staff and patrons who had lost items during their exit demanded to be let back in.

Anyone who lost a valuable during this incident is asked to call KPD Detective Bureau at 262-605-5203.

Anyone who has information regarding this incident or video is asked to call the KPD Detective Bureau.