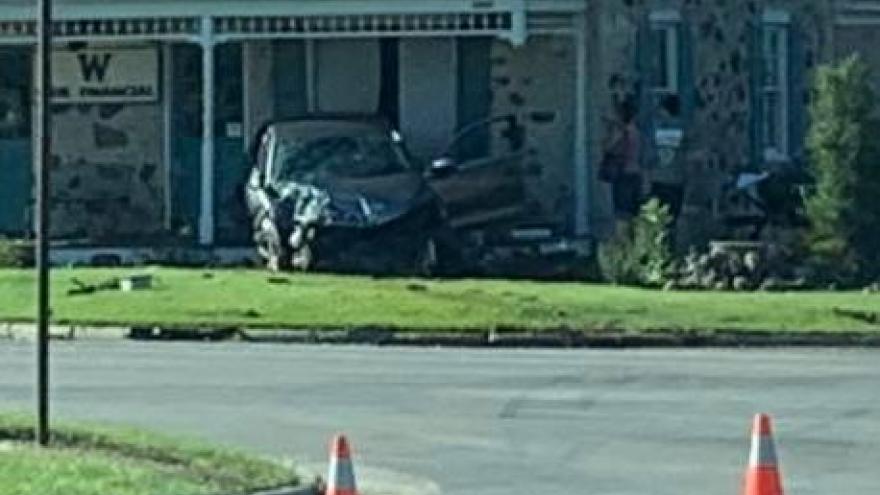 CEDARBURG, Wis. (CBS 58) -- The Ozaukee County Sheriff's Office says the 56-year-old driver who was hurt in a Cedarburg crash has died.

He's been identified as Glenn Lewis.

The driver of the other vehicle has been identified as 19-year-old Adam Gertz.

CEDARBURG, Wis. (CBS 58) -- The Ozaukee County Sheriff's Office says one man was seriously injured after a driver failed to stop at a stop sign in the town of Cedarburg Wednesday evening.

It happened around 5:32 p.m. at the intersection of County Highway NN and Granville Rd.

Officials say a Volkswagen traveling northbound on Granville Rd. failed to stop at a stop sign at the intersection of County Highway NN and struck a Chevrolet Impala coming westbound.

The Volkswagen then struck a commercial building on Granville and Pleasant Valley Rd. as a result of the impact.

The Impala also left the roadway and struck a residence at the same intersection. It was driven by a 56-year-old Cedarburg man who was seriously injured and taken via Flight for Life to a local hospital.

The Volkswagen was driven by a 19-year-old Mequon man. He and his passenger, a 19-year-old Minnesota woman received non life-threatening injuries and were taken to a local hospital.

The driver received a citation for failing to stop at a stop sign, causing great bodily harm.