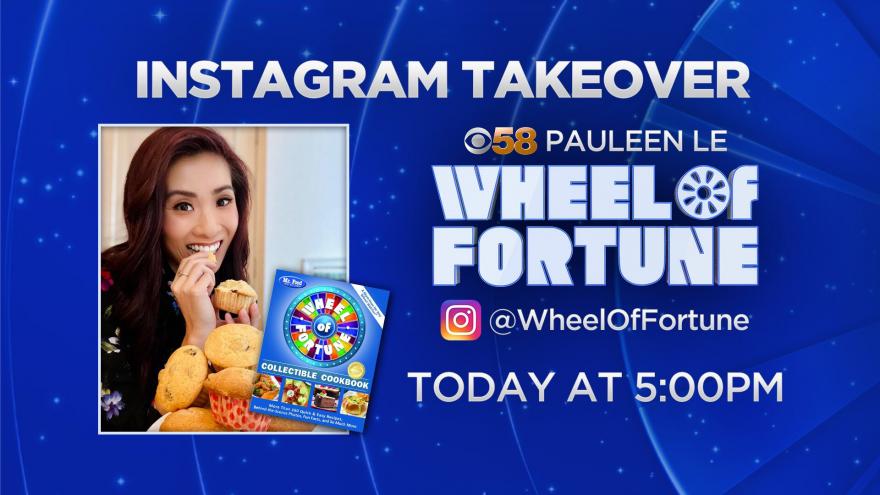 MILWAUKEE (CBS 58) -- "Wheel of Fortune" has invited CBS 58's Pauleen Le to take over their Instagram Wednesday, June 24, to do some cooking!

If you're a regular viewer of CBS 58 Morning News you know whenever it's Anchor Pauleen Le's turn to work from home, she's usually cooking during the show and showing off recipes during the 7 a.m. broadcast over on the WMLW.

Last week, Pauleen cooked her way through five recipes from the official Wheel of Fortune Collectible Cookbook and on Wednesday at 5 p.m., her cooking adventure continues!

Pauleen will be cooking another recipe from Vanna White, Lemon Capers Fish Fillet. Be sure to tune in!