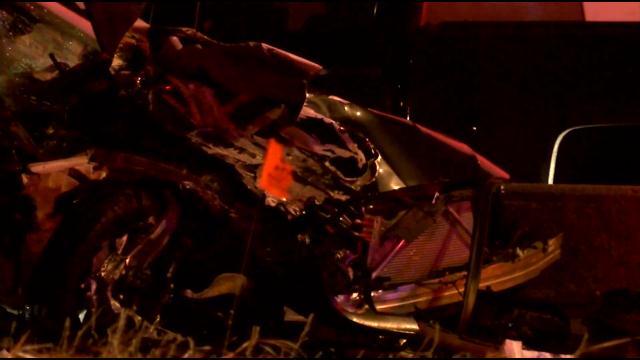 Two weeks ago, a Wauwatosa man drove up the Mitchell exit ramp, and the wrong way on I-94 eastbound.

He caused a six vehicle crash.

CBS 58 obtained the frantic 911 calls, and new video from the crash.

Caller: I am about to have a heart attack!!!

Dispatcher: Are you east or westbound ma'am?

Dispatcher: Ma'am, is there a car accident?

Dispatcher: Ma'am, I need you to answer my questions.

Dispatcher: In traffic or not?

Caller: They just pulled him out of traffic.

According to the medical examiner's report, 32-year-old Marcos Cortez's blood alcohol was .282, that's more than triple the legal limit.

Cortez's vehicle flipped over and was crushed.

He was also ejected from his car.

Cortez struck at least one car.

The other five vehicles crashed trying to avoid the wreckage.

Dispatcher: What do you mean they pulled him out of traffic?

Caller: They're doing CPR on him.

Dispatcher: Did he get ejected from the vehicle?

Dispatcher: Did he get ejected or did someone just pull him out of the car?

Caller: He got ejected!!!

Caller: He got ejected!!!

Cortez later died from his injuries.

The other drivers suffered minor injuries.

In the past three years, the number of wrong way drivers have almost tripled.