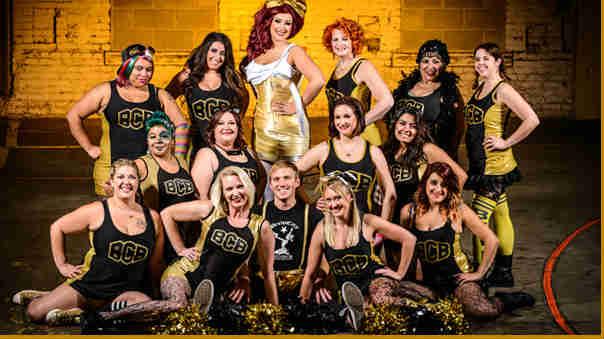 It's usually by chance that the best experiences in life happen.

For me it was the night before Thanksgiving during the CBS 58 Annual Food Drive at Miller Park for Hunger Task Force.

Cheering on those who stopped by to donate were members of the cheer team for the Brewcity Bruisers Roller Derby team.

Otherwise known as the Beerleaders, they are a diverse collection of people who love the sport but also have a lot of pride in the city we call home.

Their sense of fun and commitment to community is something I immediately connected with and after a wonderfully fun night of charity work they declared me an honorary Beerleader.

This Saturday I will join them in a few cheers for the opening of the roller derby season at UW Panther Arena.

I've had the opportunity to sit in on a practice and, let me tell you, it's going to be a fun show.

As they explained to me the Beerleaders formed organically from the fan base for local roller derby in 2006.

They work the sidelines chanting and cheering, as well as perform a halftime show.

What I loved most about meeting all the members is their pride in their culture and heritage. They have everything from African American to Latino to Irish American.

They come in all shapes and sizes and age groups.

Some are working moms, others going to school, there's even a mother/daughter duo.

What I love most is they accept me for who I am and my alter ego who I will assume for Saturday \"McCrusher.\"

They write, choreograph and perform all their own routines.

Sometimes the best celebration of diversity is to be free to be who you are and be loud and proud.

Come join us for a a meet and greet starting around 6:15 p.m. with the first bout starting at 7 p.m. at UW Panther Arena, 400 West Kilbourn Avenue, Milwaukee, WI.